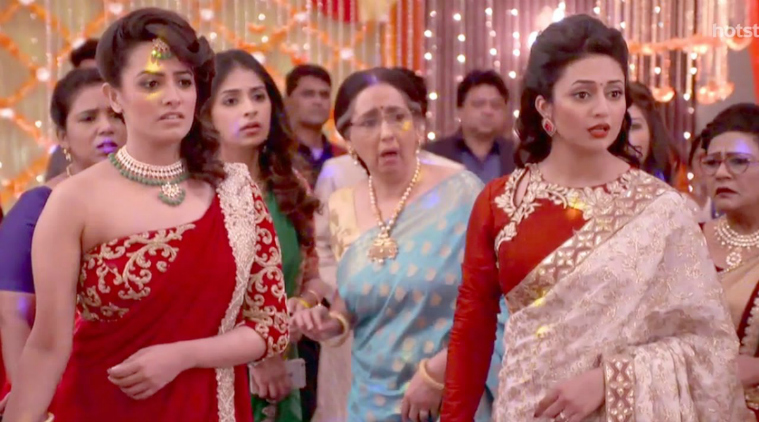 We Indians are obsessed with saas-bahu shows. It is a daily part of our life and we just can’t help it! There have been many such shows which have made a mark in our minds and one such daily soap is Yeh Hai Mohabbatein. People are loving this show so much that since its first episode on 3rd December 2013, it is has become one of the most popular soaps in India. Here we present you some interesting facts from Yeh Hai Mohabbatein’s wiki.

Ekta Kapoor’s Balaji Telefilms is known for producing super hit daily soaps like “Kyunki Saas Bhi Kabhi Bahu Thi”, “Kasautii Zindagii Kay”, “Pavitra Rishta” and much more. Yeh Hai Mohabbatein airs from Monday to Sunday at 7:30 pm on Star Plus. It is one of the most famous and high-rated TV shows today. It is written by Ritu Bhatia and directed by Neeraj Baliyan and Imran.     Yeh Hai Mohabbatein’s title song “Pal Pal Bade Ye Hai Mohabbatein” has been composed by Pamela Jain and is popular among Indian millennials and older age people. It has more than three million views on YouTube.

The show has been consistently popular among Indian families and was declared the “Most Watched TV Show of 2017” not only in India but in Bangladesh and Sri Lanka as well. Yeh Hai Mohabbatein has won the award best Indian TV Serial of the Year in 2014, 2015 and 2016 presented by the Indian Television Awards. The show has completed more than 1000 episodes and it is still going strong with regards to ratings and viewership.

The Yeh Hai Mohabbatein cast stars Divyanka Tripathi (Dr. Ishita Raman Kumar Bhalla) and Karan Patel (Raman Kumar Omprakash Bhalla) in lead roles. The show is a love story of Ishita Iyer (Divyanka Tripathi), a Tamilian and Raman Kumar Bhalla (Karan Patel), a Punjabi. Raman is a divorcee, who has a daughter, Ruhi (Ruhanika Dhawan). His ex-wife Shagun Arora (Anita Hassanandani) lives with her boyfriend, who happens to be Raman’s ex-boss and business rival Ashok Khanna (Sangram Singh) and Adi (Gautam Ahuja), Shagun and Karan’s son. Raman and Ishita get married under critical circumstances for the custody of Ruhi.

Due to the show’s popularity, many celebrities have opted to come to the show for the promotion of their movies. A-list celebrities including Salman Khan, Deepika Padukone, Ranbir Kapoor, Anushka Sharma have been a part of the show as special appearances.