Who is Satyendar Jain? The AAP Minister Accused of Corruption by Kapil Mishra 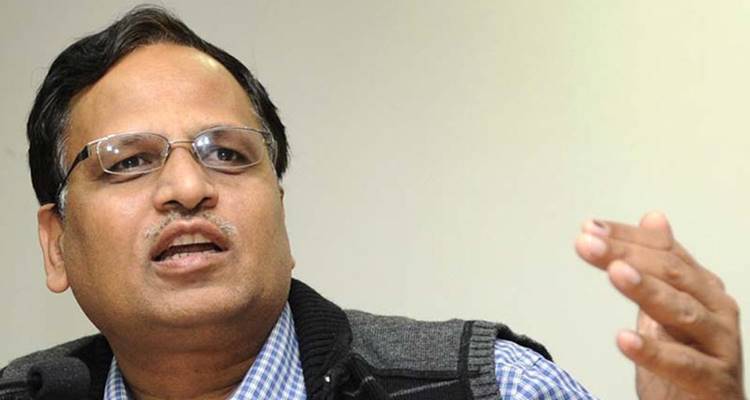 Who is Satyendar Jain? Is the revelation by ex-Delhi Water and Tourism Minister Kapil Mishra true about him? These questions will surely haunt us until we get any clarification regarding the allegations. A controversial figure in the Indian political scenario, Satyendar Jain also referred to as Satyendra Jain’s news headlines are for all the wrong reasons. He was accused by BJP and Congress for laundering ₹17 crore via shell companies which resulted in an undisclosed income of 500 million in his name. The recent controversy has made all of us curious to know more about him and here we have compiled some information about him in Satyendar Jain’s wiki.

Satyendar Jain was born in a small village Kirthal, Baghpat district of Uttar Pradesh in 1966. He did his schooling from Ramjas School in Delhi & later went on to complete his graduation in Architecture from Indian Institute of Architects.

Satyendar’s father Shri Ram Sharan Jain is a retired teacher. He is married and has two daughters, Soumya Jain. Satyendar and his family follow Jain religion.

Satyendar believed in social work and was actively involved with organizations Drishti and Sparsh which work for the welfare of the visually impaired and physically and mentally handicapped people in India. He was highly inspired by Anna Hazare’s views and became a part of his movement. Due to his commitment, he earned a senior position in AAP, formed by Arvind kejriwal and currently is one of the seven Cabinet Minister in the Delhi Government led by Arvind Kejriwal. He handles the issues related to Health, Industries, Home, Public Work Department, Power,Urban Development and Transport

He is an Architect by Profession

Satyendar is an architect by profession and worked for the Central Public Works Department (CPWD) prior to joining politics. Later, he quit his CPWD job to set up an Architectural Consultancy firm of his own.

He was Also Accused of Domestic Violence

According to some reports, Satyendar was accused of beating his wife and was estranged from her for several years. However, these reports are yet to be confirmed.

Satyendar’s 27-year-old daughter was appointed to the post of an Advisor for the Aam Aadmi Mohalla Clinics on July 14, 2016. However, she resigned the same day of her appointment as her eligibility for the post was questioned by many senior leaders. Having completed graduation in Architecture, she had no practical experience in Public Health. The Kejriwal-led AAP was even accused of high nepotism due to this incidence.

Also Read: You Should Read THESE Facts about the Fired AAP Minister Kapil Mishra

Kapil Mishra’s rant today was a hard blow to the AAP government. Each day AAP is breaking into pieces. With Twitterati going wild with hashtags like #AApKeTukde, the citizens do need an explanation. Were all those allegations true? Kejriwal, who bragged about ending corruption for years, is at the center of accepting a bribe. Kapil Mishra, went on a riot on Twitter last night after being fired from the ministry last night. He claimed that he will make a serious revelation in his Press Conference on Sunday morning. In the Press Conference, he accused Satyender Jain of paying a bribe of ₹2 crore to Arvind Kejriwal of which was an eye witness. When Mishra asked Kejriwal about the same, Kejriwal shut his mouth. What happens next is yet to be seen.

The honest image of Arvind Kejriwal and his AAP has been shattered. The party is in ruins at this moment since the departure of Yogendra Yadav and this situation just adds to it. Stay tuned for more on the Mishra-Jain row.