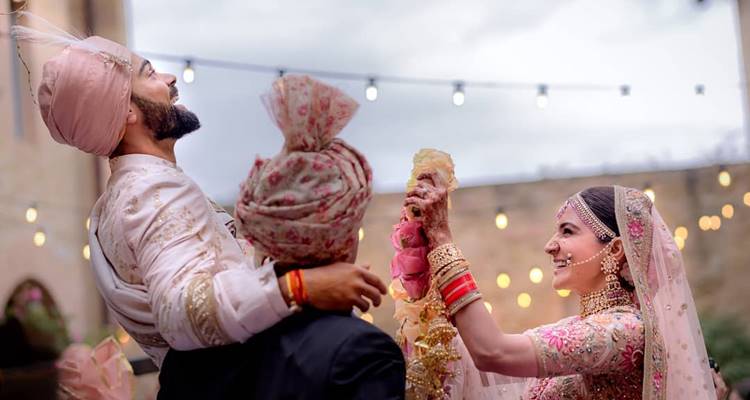 Virat Kohli and Anushka Sharma got married in a private ceremony along with friends and family members. Rumors were swirling among the media and fans since the past week that the dashing couple was set to get hitched. However, Anushka Sharma’s publicist had earlier denied about any reports about their wedding. But as they say, “the truth cannot be hidden” and the news has finally blessed the fans of the young couple. So are you looking for Virat and Anushka’s marriage pics? Then we can assure you that you have come to the right place!

Virat, the Indian cricket team captain has finally married the ravishing beauty Anushka Sharma and we can’t help but go gala over the news. We did some digging and have found the best photos from Anushka Sharma and Virat Kohli’s wedding.

When in Rome, Do like the Indians do! Did I Miss Something?

The One from the Mehendi Ceremony

The one with the family. 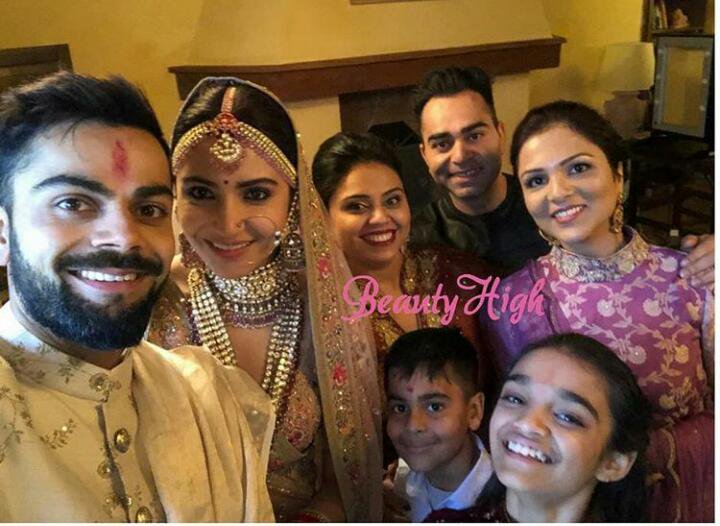 Every Indian has wished to see this couple get married and the day is finally here! They both are just perfect together aren’t they? If you love the couple just like us, please share these wedding photos with your family, friends and loved ones and stay tuned to SocioFreak for more such interesting pics.