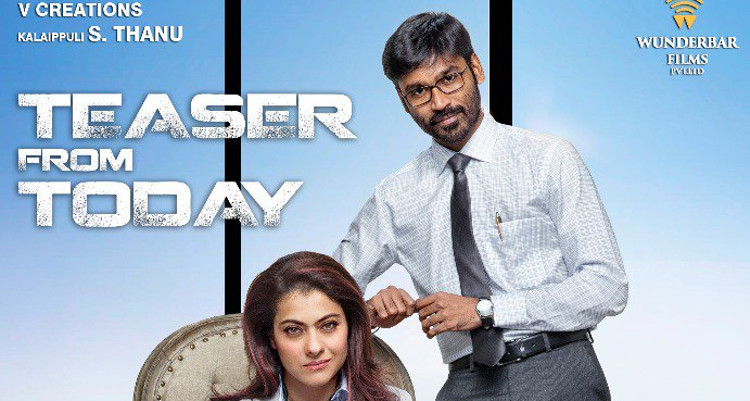 VIP 2 teaser is set to be released today at 16:00! Yes! The news of the trailer’s release kicked in a couple of hours back when Kajol and Dhanush both tweeted about it. What should we expect from the movie is all fans are wondering after watching the teaser! In case you haven’t watched the VIP 2 teaser or want to download it, you have come to the right place! Read further to know about VIP 2 teaser, release date, VIP 2 cast, songs and more…

You guessed it right, VIP 2 is the sequel of Velai Illa Pattadhari. The movie is directed by none other than, Soundarya Rajinikanth!

Also Read: Who is Kritika Kamra’s Hotshot Boyfriend? Here’s Everything You to Know about Uday Singh Gauri!

VIP 2’s Teaser Will Leave You All Waiting for the Release of The Movie!

VIP 2’s cast includes Kajol and Dhanush playing the lead roles! This is as good as the movie can get! Here’s what was tweeted on Kajol’s and Dhanush’s Twitter:

Here’s what Dhanush’s Twitter had to say about VIP 2’s Teaser:

Also Read: Ahead of Velaikkaran‘s Release here is Nayanthara’s Wiki For You!

Without wasting a second more, here’s how to Download and Watch VIP 2’s teaser!

Here’s a link to VIP 2 teaser:

The teaser was released by LEGEND Amitabh Bachchan! Here’s what he tweeted: