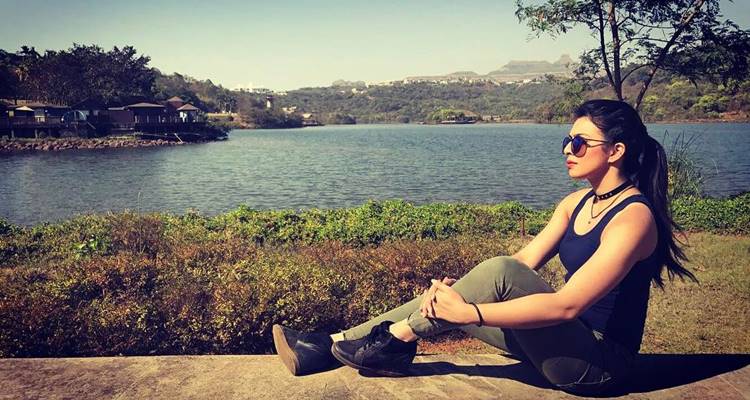 Famous actor Vikram Chatterjee and his girlfriend Sonika Singh Chauhan met with an accident at 4:30 am on Saturday. The fatal accident resulted in the Sonika Chauhan’s death. Sonika, a famous model hailing from Kolkata, was one of the top models in the city and recently shot to fame as she was honored with the opportunity to host ‘Pro Kabaddi.’ Sonika’s unique sense of fashion and her cheerfulness will be missed.

Sonika’s modeling images are often seen on our social media feeds. Her grace was something we will always admire. Here are some of Sonika Singh Chauhan’s Instagram pics to remember the late modeling sensation:

The Eyes are the Mirror of the Soul

Sonika’s eyes were expressive. The pain, anger, happiness, love, her eyes didn’t fail to express any emotion. Very few people are blessed with such striking features and Sonika was one of them.

Modeling is about Beauty, but it’s also an Energy. That’s not a Size

Sonika was one of the top models in Kolkata. Her modeling ventures earned her the post of the host of a primetime show on a national channel. She was also the host of the popular Indian sports competition, ‘Pro Kabaddi League.’

Such a candid photo! The innocence in her laughter stayed with her till her death bed.

This Bikini made me a Success!

No model is complete without a bikini! Sonika Chauhan’s bikini photos filled our eyes with much awe.

Grace was in all her Steps, Heav’n in her Eye, in Every Gesture Dignity and Love

People Stared; She made it Worth their While

Her eyes were like a maze. Try a gaze at this photo and be prepared to get lost in them.

She was definitely a Daddy’s Girl

This image of Sonika will surely make you nostalgic. She was very attached to her family and we can understand the huge loss of her parents.

As they say, Friends are Family

Her friend circle mostly comprised of her modeling companions. This photo of her with her friends at the Sunburn music festival will remain in their hearts forever.

Sonika’s hot pics were all over Instagram. Her killer looks and perfect poses made it all worth our time.

He made her laugh even when she didn’t want to Smile!

Sonika’s boyfriend Vikram Chatterjee is a well-known Bengali actor. He survived the crash and was admitted to a nearby hospital soon after the mishap. He was in a shock and is currently going under treatment in the hospital.