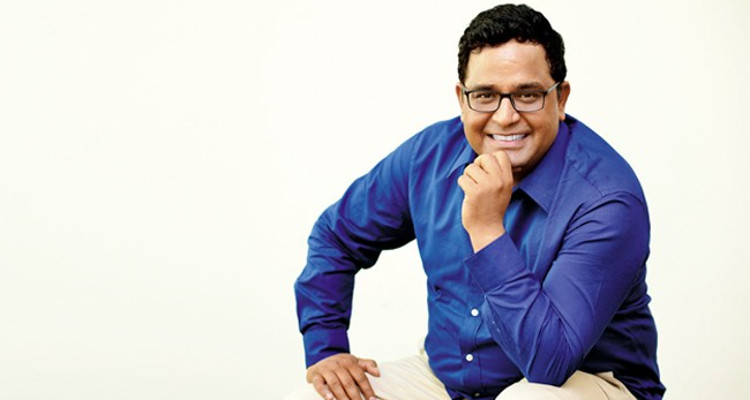 The exponential growth of Paytm, the online payment app has baffled us all with its success. Post demonetization, the Paytm app has been used for approximately five million online transactions per week. Who is the founder of Paytm? What is the story behind its growth? What kind of services does Paytm currently provide? What offers do you have in Paytm? We the have answers to all such questions and we have assembled it in the form of Paytm Wiki.

Vijay Shekhar Sharma is the Founder of Paytm, he is a 38-year-old dynamic entrepreneur on his way to becoming a business tycoon in India

Vijay Shekhar Sharma founded Paytm in August 2010 with the dream of becoming India’s largest mobile payment and e-commerce platform. He is the owner of  Paytm with an estimated net worth of $1.2 bn. The man in the spotlight, Vijay Shekhar Sharma is set out to buy a house worth ₹82 crore! The house is stationed in Gold Links, Delhi which is one of the most expensive real estate in the world! Vijay Shekhar Sharma’s house is based in the Lutyen’s zone. Flipkart founders, Binny and Sachin Bansal, also have houses worth multi-million dollars, but Sharma is set to go out of league! How did the Paytm Founder get a house worth so much! Read further to find out…

“I feel like I am in my teens and Paytm is my infatuation!” – Vijay Shekhar Sharma, Paytm Founder

Coming from a small town just outside Aligarh, Vijay had to take it the hard way towards success. The cheerful smile on his face when he walks in the room hides the pain and struggle he went through to become one of the most influential people in India. He completed his graduation from Delhi College of Engineering. Vijay considers ‘Alibaba’s CEO Jack Ma as his mentor and companies like Yahoo as an ideal company. Vijay wanted to pursue his Masters from Stanford University. “Stanford is where Yahoo was born.”, he says. However, due to financial problems, he could never apply. He started his first job at an MNC based in Delhi. Vijay wasn’t satisfied with himself. He quit his job after six months to work on his own startup with a couple of friends. Due to heavy losses, the startup never came through. But Vijay was not a man who would give up so easily. He started One97 Communication Ltd, the parent company of Paytm and suddenly things began to change in his life. He started experimenting with the three basics of internet- content, advertising and e-commerce and then shifted to online payment ecosystem. Vijay is certainly an inspiration to all the young minds who wish to build their own startups.

He started experimenting with the three basics of internet- content, advertising and e-commerce and then shifted to online payment ecosystem. Vijay is certainly an inspiration to all the young minds who wish to build their own startups.

I aspire to build a 100-year-old company. I think that men and boys are different because the boys flip and sell. Men run and build legacies,” Vijay says.

Paytm is India’s largest mobile payments and e-commerce platform. It started with online mobile recharge and bill payments and has grown to an online marketplace today. In a short span of time, it has scaled to over 200 million registered users. The company employs over 13,000 employees as of January 2017 and has 3 million offline merchants across India. After the declaration of demonetization, the app received more than 20 million new users and experienced almost seven million transactions per day. Overnight, Paytm sucked all the cash from India and replaced it with online payment ecosystem.

How to use Paytm and Paytm Wallet?

Paytm Wallet offers a variety of features which enable users to book air tickets and taxis, recharge mobile phones, payment of DTH, broadband and electricity bills. To use the Paytm Wallet and perform cash-free payments, follow the steps below:

Step 1: Set up a Paytm account using your mobile number and email ID

Step 3: To transfer money to someone else, select the ‘Pay or Send’ option

Step 4: You can make payments to others or to bank accounts on Paytm by scanning a QR code

Step 5: Alternatively, you can send money to another Paytm user via their phone number

If you are facing any kind of problems, you can always contact Paytm’s toll-free number for further assistance. Paytm’s customer care number is 096439 79797. You can check out Paytm’s Customer Care Service on their site for more help. Paytm offers a variety of seasonal promo codes to its app in the form of cashback offers. Download the app to avail promo codes and offers.

Paytm aims to be the platform for all kinds of payments. Currently, they have a wide range of services like prepaid mobile recharge, utility bill payments, e-commerce payment, bus tickets, school/college fee payments etc. They soon aim to venture into air ticketing business as well. E-Wallet Paytm is also set to announce by this week the launch of its Paytm Payments Bank Limited, two months after it got Reserve Bank of India’s final approval. With the huge investments they are getting in from Alibaba, there exists a chance of easily outdoing all the existing competitors. If a new company comes in, getting the investments like this and offering similar cashback is not a simple deal at all.