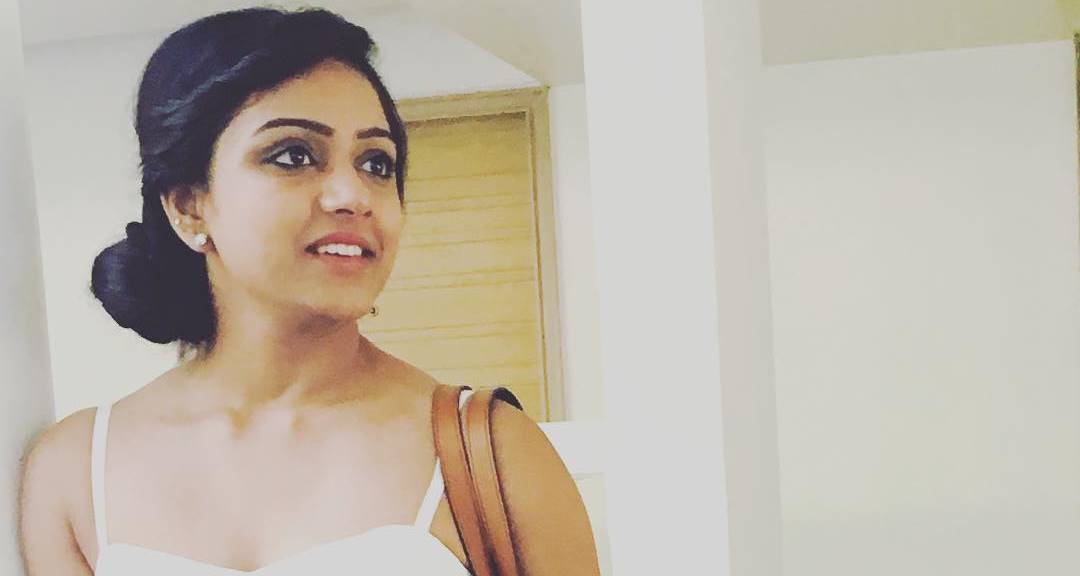 It’s not even a day since Varun Sandesh’s wife Vithika Sheru’s death reports hit the internet like a whirlwind. It was great to hear that these reports were false and Vithika’s death was just a hoax. Vithika and Varun both are living a happy married life but the media can’t just stop spreading rumors about the happy couple. To know more about the South Indian actress, here’s the detailed Vithika Sheru wiki to know more about the star.

Vithika Sheru’s age is 24 and was born in 1993 in Bhivaram, Andhra Pradesh. Vithika belonged to the Rao family before her marriage. She completed her schooling in Mumbai and Hyderabad. She holds a degree in post-graduation in Diploma in Fashion Design from the Lakhotia Institute of Design, Hyderabad. Vithika started acting at the tender age of 11 and made her movie debut at 15.

Vithika’s acting career started from a TV series when she was just 11. While other girls were busy enjoying their teenage, Vithika had already bagged her debut movie Anthu Inthu Preethi Banthu when she was only 15. The opportunity came while she was accompanying her aunt, a renowned stylist in the Kannada industry, on the sets of a movie. She was offered the role due to her charm and elegance. Her debut movie was Aadavari Matalaku Ardhale Verule’s remake.

In 2008, Vithika started out in the Telugu film industry under the pen name “Keerthi” in a few Telugu films. She was recognized for her role in Prema Ishq Kadhaal where she portrayed a college student. What you may not know is that she also did the movie’s costume styling, all by herself! Now that’s some talent this girl’s got! The 2014 Tamil movie Uyir Mozhi saw her playing the challenging role of a blind girl. The role proved her acting skills to the audience as she portrayed a blind girl with sheer perfection. She even learned Braille and practiced by being blindfolded for many days.

Vithika has acted in 10 movies till date and we would surely love to see more of her.

Varun was Vithika’s co-star in the movie Paddanandi Premalo Mari and the couple grew close and fell in love during the shooting of the movie. They got engaged on December 7, 2016, and got hitched on August 19, 2017.

Vithika’s death hoax came to us as a hard-hitting shock. However, soon after the hoax was out, the actress took to Twitter to clarify the fake news. Here’s her Tweet:

Whatever the news is spreading around about us @iamvarunsandesh Everything is a just a rumor. We are doing great.

Vithika Sheru Instagram account is being searched all over the Southern lands and we just can’t help but join them! Vithika’s hotness is just too hot to handle for us, phew!

The Sexy Fairy You Always Dreamt of!

The Vintage Girl Next Door