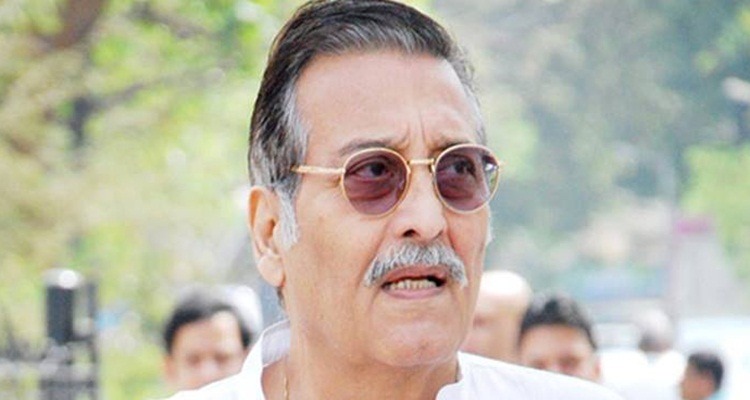 Vinod Khanna was an Indian actor and producer of Bollywood film industry. He was also an active politician. Vinod Khanna died on 27th April 2017 after battling cancer. One of the greatest actors known to the industry, Vinod Khanna died at the age of 70. Read all about him in Vinod Khanna’s wiki.

Vinod Khanna was born on 6th October 1946 in North-West Frontier Province, British India (now Khyber Pakhtunkhwa, Pakistan). His parents were Kishanchand Khanna and Kamla. His father was a businessman involved in the textile industry. He was the brother of  Rajesh Khanna. Vinod Khanna studied at Queen Mary’s School and St Xavier’s High School. He finished his graduate degree from Sydenham College.

Vinod Khanna was married twice; To Geetanjali in 1971 and to Kavita in 1990

Khanna married Geetanjali in 1971. He had two sons with her, Rahul Khanna and Akshaye Khanna. In 1975, Khanna became a disciple of Osho (Bhagwan Shree Rajneesh). In the early 1980s, he moved to Rajneeshpuram, Osho’s commune in the United States, for about five years, cleaning dishes and working as Osho’s gardener. His absence from his family, who remained in India, caused friction between the couple, and the marriage ended in a divorce. Vinod Khanna married Kavita in 1990. They have a son, Sakshi, and a daughter, Shraddha.

Khanna is known as one of Bollywood’s Most Handsome Actors of All Time!

Khanna made his debut in 1968. In his initial acting days, Khanna took up small second lead roles and negative roles. His roles in the movies ‘Mere Apne’, ‘Mera Gaon Mera Desh’, and ‘Achanak’ received tremendous applause from both- the film industry and his fans. In 1982, Khanna was at the peak of his film career, but he quit the film industry to follow his guru Osho Rajneesh. After five years, he returned to Bollywood, giving two back to back hit films ‘Insaaf’ and ‘Satyamev Jayate’. Vinod Khanna acted in lead roles in many superhit films. He is best appreciated for his performances in films like ‘Gaddaar’, ‘Jail Yatra’, ‘Imitihaan’, ‘Muqaddar Ka Sikandar’, ‘Inkaar’, ‘Kuchhe Dhaage’, ‘Amar Akbar Anthony’, ‘Rajput’, ‘Qurbani’, ‘Kudrat’, ‘Dayavan’, and ‘Jurm’.

Khanna has won Many of Awards over the Years

He Passed Away at the age of 70

Khanna was hospitalized to Sir H.N. Reliance Foundation Hospital and Research Center in Girgaon, Mumbai a few weeks ago. Khanna passed away on Thursday morning and was said to be in a battle with cancer. The industry has suffered a huge loss in the form of Vinod Khanna. We pay homage to the veteran actor for his innumerable contributions towards making the Indian cinema better.