Uma Bharti Wiki: Everything to Know about the BJP leader involved in Babri Masjid Demolition 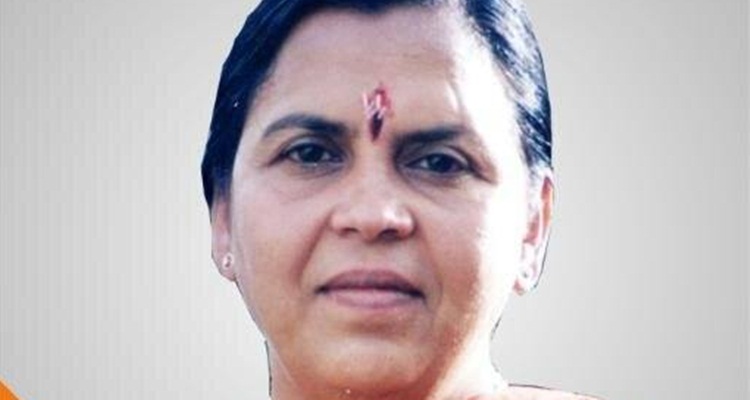 On 30th may 2017, the Supreme Court ordered that BJP leaders including LK Advani, Murli Manohar Joshi, and Uma Bharti, will face trial for conspiracy charges in Babri case. Union Minister Uma Bharti was charged with criminal conspiracy by a court in Lucknow for the 1992 Babri Masjid demolition case. She had fought against the framing of charges against her, assuring that she had no connection to the case but tried to bring it under control. However, their discharge petition got rejected. The special CBI court, ordered to close the case in two years, and it will start a trial against these leaders now.

Uma Bharti refuses to talk to media after she was charged with criminal conspiracy in Babri demolition case #WATCH report on #BabriHearing pic.twitter.com/qd5FFAfzQO

Who is Uma Bharti? Where is she from? Why was she involved in the Babri Masjid demolition case? All your questions will be answered in Uma Bharti Wiki.

Uma Bharti was born on third May 1959

Uma Bharti is an Indian politician and a Cabinet Minister in the Union Government of India. She is the Cabinet Minister for Water Resources, River Development and Ganga Rejuvenation. She is a member of the Bharatiya Janata Party (BJP). She was born on third May 1959 in Dunda, Tikamgarh District in the state of Madhya Pradesh. Coming from a very poor background Uma’s Parents were farmers. She completed school till the sixth standard.

As a child, she displayed considerable interest in sacred writings like the Bhagavad Gita. She gave religious speeches while still a child. This led to her being seen as a “religious” child.She came in contact with Rajmata Vijayaraje Scindia, because of her speeches. Thereafter Rajmata became her political guide. She expresses her youth self as a “religious missionary”.

She contested in her first Parliamentary elections in 1984 but lost. She won the elections from Khajuraho in 1989. She retained her seat for four consecutive terms from 1989, 1991, 1996 and 1998. She switched constituencies in 1999 and won the seat from Bhopal. She held various state-level and cabinet-level positions in the Ministry of Human Resource Development, Tourism, Youth Affairs & Sports, and Coal & Mines amidst the ministry of Prime Minister Atal Bihari Vajpayee.

The Ram Janmabhoomi movement was organized by Bharatiya Janata Party and Vishwa Hindu Parishad. The people involved in the movement became violent which led to the demolition of Babri Masjid on 6 December 1992. Uma Bharti was present at the Babri Masjid when the incident took place. She was charged by the Liberhan Commission for her participation in the incident. Her speeches were a major factor in helping the movement achieve the momentum that it did. In April 2017, the Supreme Court of India reinstated criminal conspiracy against Uma Bharti, LK Advani, and Murli Manohar Joshi.

With the help of a strong campaign, her popularity as a ‘Hindutva Firebrand’ and support from the people she defeated her opponent from Congress with a 25% margin. In August 2004 an arrest warrant was put out against Uma Bharti on account of being connected to the 1994 Hubli riots. After only a year in office, she was forced to resign.

In November 2004, she was suspended from BJP

Uma Bharti had a public spat with L.K Advani during a meeting at the BJP headquarters. She was suspended from the party on account of this event. The suspension was revoked after a few months on the insistence of RSS. She continued to disobey the BJP high command, in public, insisting that she should replace Shivraj Singh Chouhan as the Chief Minister of Madhya Pradesh. This led to several to her expulsion from the party.

Bharti started her own party, the Bharatiya Janshakti Party. She asserted that her party followed the principles of the RSS. She also claimed that she had the backing of Mohan Bhagwat, head of the Sangh.

She was given the task of re-establishing the faith in BJP in Uttar Pradesh, before the assembly election in 2012. Later, she was given the position of vice-president along with twelve others, as part of a team formed to guide the party through the Lok Sabha elections in 2014. She was elected as a member of the Lok Sabha from Jhansi on 16 May 2014. On 26 May 2014, she was designated as the Minister for Water Resources, River Development and Ganga Rejuvenation by Prime Minister, Narendra Modi in his Cabinet.