Swaroop Sampat Wiki: All you need to know about Paresh Rawal’s wife 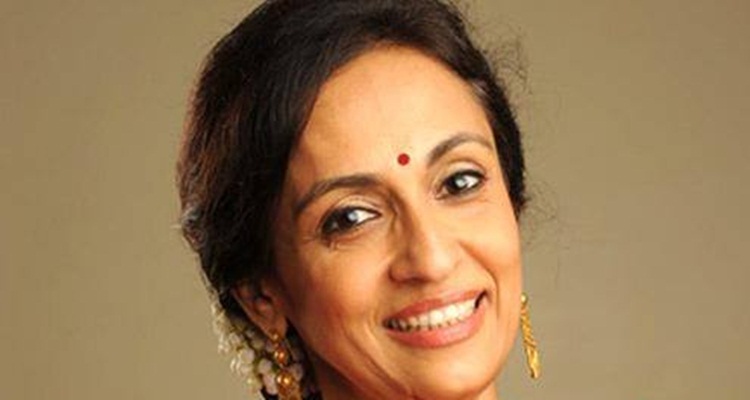 Paresh Rawal’s wife, Swaroop Sampat was crowned the Miss India 1979. She is an Indian model/actress who was seen in several Bollywood films such as Naram Garam.She represented India at the Miss Universe contest in 1979. Find out more about her in Swaroop Sampat’s wiki.

Swaroop Sampat was born on 3rd November 1958. She completed her Ph.D. at the University of Worcester in 2006. The topic for her doctoral dissertation “ The role of drama in enhancing life skills in children with specific learning difficulties in a Mumbai school: My reflective account”.

Swaroop Sampat played the role of Shafi Inamdar’s wife on the popular TV show Yeh Jo Hai Zindagi, where she. The serial was a big hit. Her appearance in a bikini in the Bollywood movie ‘Karishma’ starring Kamal Haasan-Reena Roy and stunned the nation with her hot statuesque.

Apart from being a model, she taught acting to disabled children

Swaroop had a keen interest in helping disabled children which were the motive behind her doctoral dissertation. She wrote letters to Ministers in Maharashtra as well as to the then Chief Minister of Gujarat, Mr. Narendra Modi. He got a response from the Gujarat chief minister and was selected to head an educational program for children. Swaroop travels to Gandhinagar in Gujarat where she gives training to the teachers on how to use drama techniques to help children improve their creative thinking, decision making, problem-solving, understanding emotions and also coping with stress.

Swaroop Sampat and Paresh Rawal got married in 1987

Swaroop Sampat got married to Paresh Rawal at the age of 29. They were dating for 13 years before they got married. Paresh Rawal used to work in Theatre with Swaroop’s father Bachu Sampat. They tied the knot in 1987. The wedding took place in the Laxmi Narayan Temple in Mumbai. Swaroop’s family witnessed a daughter’s wedding after 125 years. 9 pundits were chanting the shlokas for the vidhi. They have two son’s Anirudh and Aditya. Anirudh assisted Naseeruddin Shah in his play’s and Aditya studied screenplay writing at the New York University.