Supriya Aysola is an Indian actress and model who predominantly works in the Telugu film industry. Her upcoming movie, Babu Baga Busy released on 5th May 2017. Babu Baga Busy, a remake of Bollywood adult entertainer Hunterr, has also received great reviews especially due to the stunning performance from none other than Supriya Aysola. Before the release of the movie, a leaked scene had paralyzed the Indian audience. It showed Supriya and Avasarala in a steamy lip-lock! Titillating romance, a very natural acting, and an amazing dialogue delivery make Supriya the queen of Tollywood! Here are five facts I bet you never knew about Supriya Aysola’s wiki, age, and upcoming movies:

Supriya Aysola is currently at the peak of her acting career!

Born in 1985, Supriya Aysola’s age is 32. Supriya is always surrounded by the media gauntlet, flashing cameras and die hard fans. With movies like Bhoo and Babu Baga Busy, Aysola is heading for stardom! In her recent adult comedy movie, Babu Baga Busy or BBB, she has done some fantastic acting. With some grace and charisma, she leaves us spell-bounded by the end of the movie. Residing in the city where dreams come true, Delhi, Supriya is making a mark in the Tollywood film industry and we hope to see her in many more movies.

With a debut like Bhoo, Supriya came into the limelight!

Her debut movie was Bhoo, an action-horror movie, released in 2014 alongside Dhanraj and Jeeva in which the three were in titular roles. Bhoo was a box-office hit and received a very positive response from the Tollywood fans! Bhoo’s story line is gripping as it goes. Supriya has acted phenomenally in the most dreadful scenes. Bhoo was one of the best horror movies witnessed by Tollywood fans. Here’s a glimpse of Supriya Aysola in Bhoo:

Supriya Aysola’s movie, Babu Baga Busy was released on 5 May 2017. Babu Baga Busy is a remake version of Hindi movie Hunterrr. Babu Baga Busy is a romantic comedy written and directed by Naveen Medaram. Abhishek Pictures are the producers of the film and Sunil Kashyap handled the music department. Supriya Aysola will reprise Saee Tamhankar’s role from Hunterr. Supriya will be seen in the role of a housewife. The role of Gulshan Devaiya will be played by Avasarala Srinivas. Along with Supriya and Avasarala,  Sreemukhi, Tejaswi Madivada, Mishti Chakraborty are also seen in the lead roles.

From bold scenes, adult-comedies and steamy dramas, Supriya has done it all!

Supriya has never shied away from doing bold scenes as an actress or hot photoshoots in her modeling career. Supriya’s fashion sense involves sensational and dazzling attires. Of all the qualities that make Supriya a fantastic actress, confidence is the one she embodies to her soul.

I’m sure that after reading Supriya’s wiki you have all booked tickets for Babu Baga Busy and will be first in line to see the film. Here’s a small treat from SocioFreak to you guys: Babu Baga Busy wiki. The freaks at SF wish Supriya Aysola congratulations on such a gripping acting in BBB. 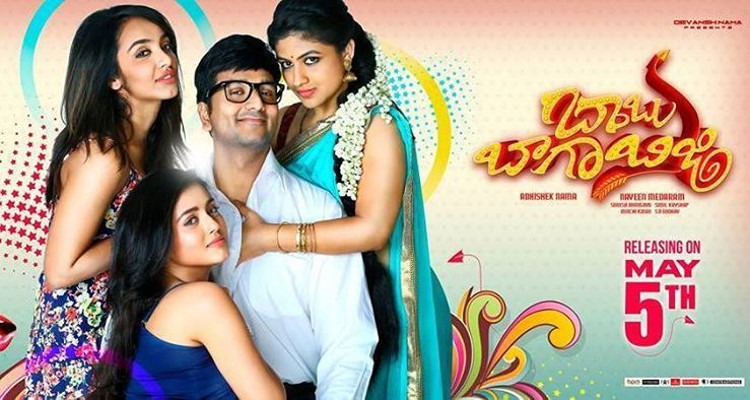