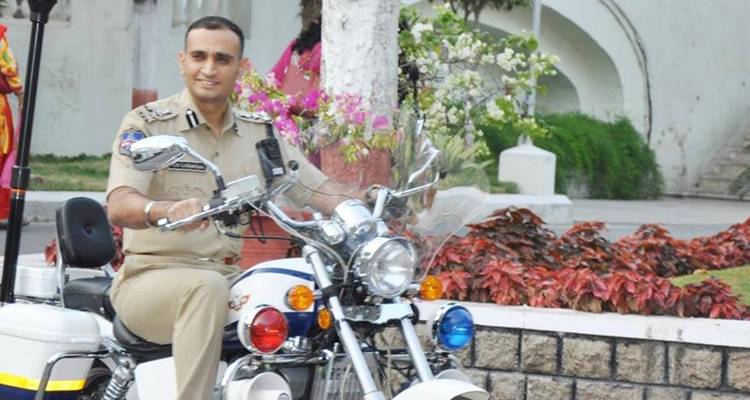 It’s a shame that a drugs scandal has hit the Telugu movie industry and several big names are already being investigated by the SIT. In the latest chilling report, the Telangana Excise Enforcement Director Akun Sabharwal, the head of the SIT investigation of the drug racket in the Tollywood is reported to have received serious threat calls from unknown persons. If you want to know more about the scandal and Akun Sabharwal’s wiki, this is where you will find all the insider details.

Akun Sabharwal, age 40, was born on December 4, 1976, in Patiala, India. Akun Sabharwal’s wife is Smita Sabharwal, and the couple has two children together, Nanak & Bhuvin Sabharwal. Akun’s father was in the Indian Air Force. As his father was serving the nation, Akun completed his schooling in many cities like Bangalore, Pune, Delhi, Assam, Ooty and Chandigarh from the Kendriya Vidyalaya. Throughout his education, Akun excelled in Mathematics, but later chose to be a doctor. He completed his medical education from the Patiala Dental College. Akun became a dentist and took interest in civil service during his internship. He appeared for the UPSC examination and was ranked 33rd all over India. Akun Sabharwal’s family photos aren’t available on the internet.

Smita Sabharwal is an Indian Administrative Officer and passed from Akun’s batch. She secured the 4th rank all over India in the UPSC examination. They got married in 2004. She is the first lady IAS officer to be appointed to the Chief Minister’s office.

Akun was trained in Kamrup, Assam, by Mukesh Aggarwal and worked in the Sadiya and Charaido regions of Assam, which were haunted by extremists. His first posting was in Anantapur, Rayalaseema which was known for factional feuds. The movie Rakta Charitra is inspired from this region. In the year 2007, he was elected as the Superintendent of Police in Visakhapatnam. During his tenure, 36 Maoist cadres were neutralized and 132 others surrendered.

Due to his excellent performance, he was elected as the Deputy Commissioner of Police in Hyderabad, where he dealt with urban problems such as robberies and traffic management. He was the DCP when all the drama about Telangana’s separation was in the news. He was at the forefront in maintaining peace and harmony during a state of turmoil. Drugs were a rampant problem in Hyderabad and Akun has worked to great extents in cracking down the drug problem in the area. Currently, he is the Director of the Excise Commission, Director of the Drugs Control Administration, Telangana and the Registrar of the Telangana State Pharmacy Tribunal. This man just doesn’t stop!

He is an avid runner and loves to run in marathons. His favorite is the 42km marathon. Till date, he has completed seven marathons successfully. He adds that running gives him time to introspect himself. In the December of 2015, Akun, para cyclist Aditya Mehta and youth politician Rajiv Reddy cycled a distance of 1475 km in 6 days from New Delhi to Mumbai.

The threat calls made to Akun were reportedly made using Voice Over Internet Protocol (VOIP) due to which they couldn’t be traced by the police department. The accused callers asked Akun to stop the ongoing drug scandal investigation. The unknown callers also claimed that they knew where Akun’s kids were studying.

Given the current fragile situation, we hope that a stable situation is soon achieved in Hyderabad and Akun’s family is safe. For more such news, stay tuned to SocioFreak.