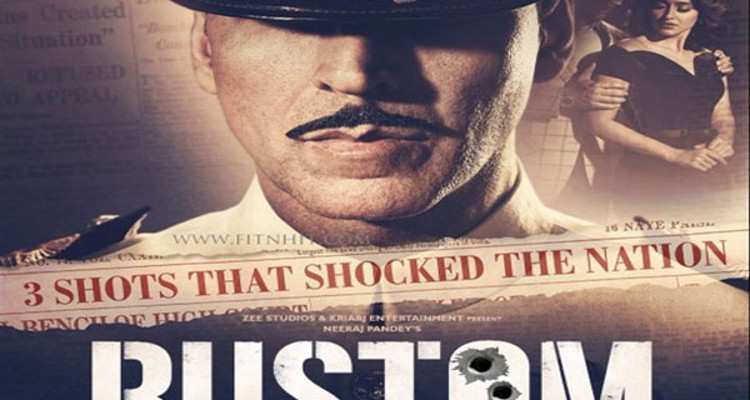 Here’s a throwback to Akshay Kumar’s Rustom movie which hit the screens on 12th August 2016. The movie is three months short of celebrating its one-month anniversary and no doubt, Rustom has become one of the most popular films in Bollywood. With it’s screening almost every weekend on different TV channels, the movie has gained a lot of viewers. Though the movie is an almost accurate depiction of the Rustom Pavri case, some of the most notable events are kept behind curtains in the name of drama and romance. Everyone is interested to know more about Rustom Pavri’s wiki. What is the real story behind Rustom? Who was Rustom Pavri in real life? What’s his wife’s name? How did Rustom die? These are the most in-demand questions of the masses. Here are 5 mind-boggling facts I bet you never knew about the K. M. Nanavati’s early life and the case that changed the Indian Judicial System forever:

Kawas Manekshaw Nanavati was a 6 feet tall and handsome Parsi commander of the Indian Navy, stationed in Mumbai. In 1949, Nanavati married a gorgeous young British woman named Sylvia. They had two sons and a daughter. Little did he know at that time that 10 years later his marriage with Sylvia would come out to be a disaster.

The young and sensuous Sylvia was lonely and far away from her birthplace when she met Mamie Ahuja. Mamie introduced Sylvia to her brother Prem. Prem was a charismatic man and had established himself as a famous industrialist. Sylvia being lonely and saddened by the absence of her husband, started an affair with Prem. In 1959, when Rustom returned from a two-month mission, he discovered that his wife had a lover. Bewildered and depressed, Nanavati confronted her. It was Sylvia herself who confessed to Nanavati about her affair with Prem and her intentions of marrying him. The rest is history! The distraught Nanavati murdered Prem Ahuja by his official firearm. Those were the three shots that held India aloof!

Not much is spoken of Rustom Pavri’s marriage with Sylvia. Here’s what we found out about her!

M. Nanavati was commissioned in Britain in the late 40’s. It was at that time that he met his future bride, Sylvia. Sylvia was merely a teenager when she met Nanavati, a handsome respected Naval officer. They immediately fell in love and decided to get married. Nanavati and Sylvia got married in 1949 and moved to India. The character of Sylvia, played by Ileana D’Cruz as Cynthia Pavri in the movie and the real Sylvia is very different. In the movie, Cynthia is taken as a teary, and sinful wife who was protected and pampered by her husband. In reality, Sylvia was a bold young woman with a sense of righteousness. She blamed herself for Nanavati’s predicament and was willing to go to any lengths to save him. She kept her head above water. She survived on borrowed funds. She nurtured her bewildered children and she supported a shaken Nanavati in court. Hat’s off to her!

Rustom Pavri’s case was initially filed in the Greater Bombay sessions court. The defense made the appeal that it was not a cold-blooded murder, but a swift reaction to a sudden provocation. Nanavati was pronounced as not guilty. The case witnessed a retrial in the Bombay High Court. There are two versions of the incident. They are given below.

Here’s the version of the Rustom Pavri’s story from the Defence point of view:

Hearing Sylvia’s confession, an enraged Nanavati went to confront Prem and find out his intentions of marrying Sylvia. When Rustom met Prem at the latter’s bedroom, Prem had just come out of the bath dressed only in a white towel. An angry Nanavati swore at Prem and proceeded to ask him if he intended to marry Sylvia and look after his children. Prem replied, “Will I marry every woman I sleep with?”, which further enraged Nanavati. Seeing Prem go for the gun, enclosed in a brown packet, Nanavati too went for it and in the ensuing scuffle, Prem’s hand caused the gun to go off and instantly kill him.

Here’s the version of the Rustom Pavri’s story from the Prosecution point of view:

The prosecution proposed that the towel that Ahuja was wearing was intact on his body and had neither loosened nor fallen off. That makes it highly improbable that there was a scuffle between Nanavati and Ahuja. It also claimed that the murder was cold blooded and revengeful because Nanavati walked out of Ahuja’s residence, without explaining to his sister Mamie that it was an accident. Rustom was sentenced to life imprisonment for culpable homicide amounting to murder by the High Court.

After spending 3 years in jail, an application seeking pardon for Nanavati was drafted by the Supreme Court.  This letter was filed to the then Governor of Maharastra state, Ms. Vijayalakshmi Pandit. Mamie Ahuja also gave her consent for the pardon. This lead to Nanavati’s release.

What happened to Rustom Pavri’s family after he was released?

Nanavati along with his family moved to Canada after his release, never to come back again! They lived a happy life settled in Toronto. Nanavati died on 24th July 2003. Very less is known about the whereabouts of his family.