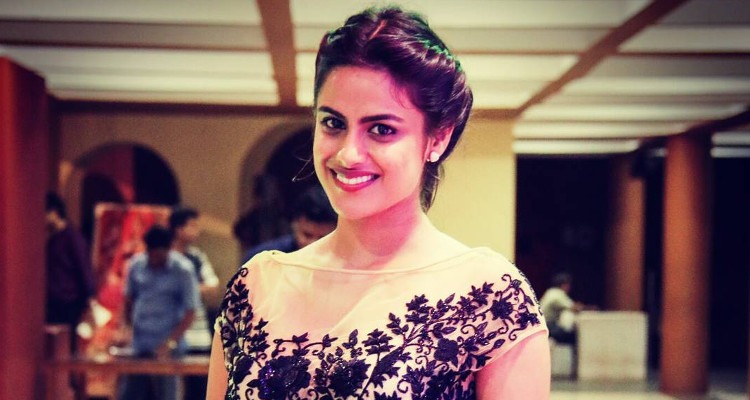 Who is Neha Mahajan and what was the controversy surrounding her MMS going viral? If you are stuck up with this question and never found the right answers, you have come to the right place. We have here for you, Neha Mahajan’s wiki and all there is to know about the sensational B-Town actress. Neha Mahajan came into limelight after starring in the controversial movie Midnight’s Children. Apart from that, Neha has also starred in some movies including Feast of Varanasi, Youth, etc. With her stunning looks and bold roles, she has made a name for herself in the Marathi movie industry. Check out Neha Mahajan’s hot photos, wiki, family, age and net worth below.

Neha Mahajan comes from a Family of Artists

Neha Mahajan was born to Vidhur and Aparna Mahajan on August 18, 1990, in Talegaon, Dabhade near Pune. Her father is a famous Sitar artist. Accompanying Pandit Vidhur at all his concerts, Neha developed an interest in arts and culture. She learned Sitar herself and started doing solo performances in Pune. She has also won the Popular Child Artiste Award constituted by the Akhil Bharatiya Natya Parishad. Neha has always been attracted to fame and glamor since her childhood to such an extent that she craves for it.

Neha is Highly Qualified & Holds a Masters Degree in Philosophy

Neha has done theaters and movies in Marathi, English, Hindi and Oriya languages. Neha is a quick learner. She learned Urdu while playing sitar along with her father. She has learned Hindi and English in school. She is a very popular actress in the Marathi movie industry.

Neha’s debut movie was Bewaqt Baarish, followed by the Midnights Children with famous director Deepa Mehta. Midnight’s Children is a Canadian-British film adaptation of Salman Rushdie’s 1981 novel of the same name. Here is a complete list of all her movies till date:

Neha is a completely different person on screen. She appears to be extremely outrageous and bold on screen. In reality, Neha is a cheerful girl who likes to spend time with her family and loved ones.

Neha, being a very liberal Actress, is often seen in the limelight due to controversies

A lot of our B-Town actors and actresses have been victims of MMS scandals. Neha Mahajan’s nude MMS had gone viral in January 2017 in which she was seen naked in bed with a man. Her obscene photos were viral on Instagram and other social media sites. However, it turned out to be a scene from her Malayalam movie, Chaayam Poosiya Veedu.

“I don’t think there is anything wrong in a casual nude appearance in front of the camera. An actor has the freedom to portray any role that touches his or her heart in a manner he or she deems fit.” – Neha Mahajan on her MMS scandal

Neha believes that perspective is more important.  A sari-clad woman can also be portrayed in the most vulgar and obscene way onscreen and we have seen such examples. Neha has no problem in portraying on screen nudity and believes it to be an individual actress’ choice. Neha’s attempt to counterfeit the narrow-minded mentality of the Indian media is indeed a very bold step.
The 26-year-old Neha Mahajan has a lot of opportunities ahead of herself and she is committed to achieving stardom in Bollywood as well as Mollywood. Her bold looks, gallant attitude and charismatic performance are sure to get her to the next level. We should wait and watch this smoking hot actress to become a sensation in India.