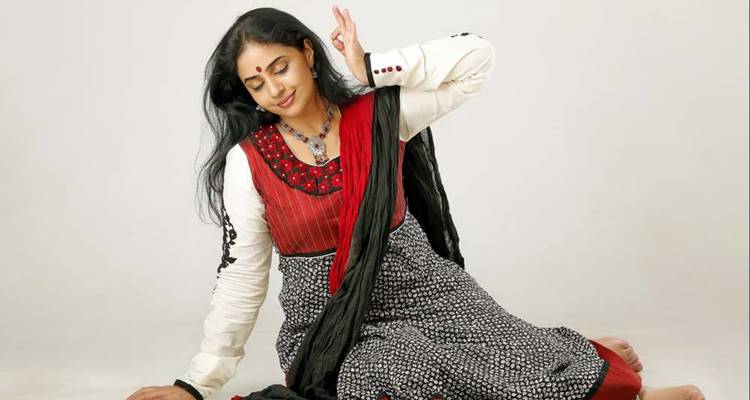 Dr. Methil Devika recently gave birth to a son and has been avoiding the media spotlight since. Coming from an artistic background, Methil has impressed us all by her research in the field of classical dance forms. One of the most versatile women in India, Methil Devika’s wiki is full of interesting facts about her.

Methil Devika was born in a well-educated family. Methil Devika’s date of birth is January 18, 1976. As of 2017, Methil Devika’s age is 41. She was born to N. Rajagopal and Methil Rajeshwari. She has two sisters, Radhika Pillai who is an educator and an art critic and Methil Renuka who works as an editor for Forbes’ Women Edition for Africa.

Methil’s early schooling was done in Dubai in The Indian High School. She completed her high schooling from Mercy College in Palakkad. She graduated from Government Victoria College which is also located in Palakkad. One of her achievements during her graduation was being the Vice Chairperson of the college union for the year 1994-95. She went on to pursue an MBA from the Madras University where she secured the first rank. She also holds a Master’s Degree in Performing Arts, which she earned from the Rabindra Bharti University in Kolkata where she again secured the first rank and was a gold medallist. In 2013, she completed her Ph.D. in Mohiniyattam, a popular classical dance form in Kerala from the Bharathidasan University in Tamil Nadu.

Methil has worked as a lecturer, Course Counsellor and is an active promoter of Arts-in -Education and Arts-for-specific programs for providing therapy using Arts for people suffering from mental illnesses. Phew! That’s a lot of work for a mother of two and she’s doing it all perfectly!

Her Face Says it All…

Such a Graceful Woman She is!

Methil Devika has been married twice, once to Rajeev Nair and then Mukesh, a popular Malayalam movie actor. Methil married Rajeev in the year 2002 and the couple settled in Bangalore. She gave birth to her first son, Devang Rajeev and the couple soon divorced in 2004. After her first divorce, she opened a dancing school named Sripada Natya Kalari in Ramanathapuram, Palakkad.

Methil married veteran actor Mukesh on October 24, 2013. Methil Devika’s husband Mukesh was earlier married to well-known South Indian actress Saritha. While it was rumored that Mukesh and Methil had an affair and their marriage was a love marriage, Methil cleared all the myths by telling the media that they had an arranged marriage. Mukesh was even accused of bigamy by his ex-wife Saritha. Mukesh and Methil have a son together who was born in 2017. Methil Devika’s son was surrounded by paparazzi on his first media appearance and the photogs couldn’t get enough of the dashing kiddo!

Mukesh’s wife Methil is highly acclaimed in Arts having won several awards and accolades. The most notable ones being the Kerala Sangeetha Nataka Academy Award for Mohiniattam which was awarded to her in 2010, and the National Award Ustad Bismillah Khan Yuva Award.

Methil has amazed us with her diva attitude and grace. We wish to see more of her in the coming years. For more such trending news, stay tuned to SocioFreak.