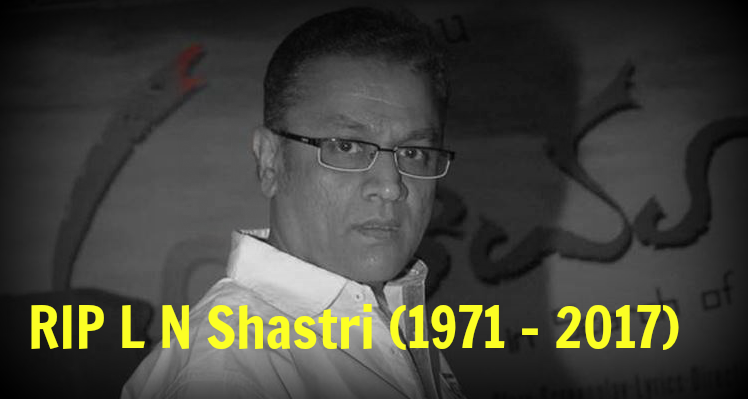 The year 2017 has been a very mournful one. We have experienced more celebrity deaths in 2017 than the recent years. One more precious life lost this year is of singer L N Shastri, the life of Sandalwood’s music industry. For more than 25 years, L N Shastri’s hits were being listened to in every house hold in the South. Here’s our tribute to the late Chaitanya in the form of L N Shastri’s wiki.

L N Shastri’s Songs: The Maestro Sang More Than 3000 Songs in His Career of More Than 25 Years!

Shastri’s voice is something which people will truly miss! Shastri’s career took off in the early 90s when he got a big break to sing for renowned playback singers like S. P. Balasubrahmanyam among many other legends. Shastri started his singing career with the movie Ajagajantara (1996) and never looked back.

Check out some of Shastri’s hits below:

For some months, Shastri was still an underdog. His claim to fame came with the movie Janumada Jodi (1996) in which he sang “Kolumande Jangamadevaru”. The song proved to be a career defining moment for him and even earned him the Karnataka State Film Award for Best Male Playback Singer.

In 1998, Shastri made the major shift from a singer to a music director. His directorial debut came with the movie Kanasalu Neene Manasalu Neene. The movie received negative reviews, however, his songs were loved by one and all.

L N Shastri’s age was 46 at the time of his death. Given the amount of talent he showed in his entire life span, it can be said that he had an untimely death. L N Shastri’s cause of death was diagnosed to be intestinal cancer. In early August, the news of his cancer reaching the fourth stage was out and it was a major heartbreak for all his fans. While many are still shocked with his death, a more shocking fact is that Shastri died one day after his birthday! Isn’t it a bit poetic?

Shastri or Chaitanya? That is the Question!

Another interesting fact about Shastri is that for a brief period of time, Shastri changed his name to Chaitanya on a friend’s suggestion. However, this didn’t go down well with his fans and due to an “identity crisis,” he changed back to his original name. Under his pen name, Shastri composed music for 25 movies before changing to his original name.

The world seems silent without Shastri’s melodies, a magician with a bag full of tricks, Shastri’s tunes portrayed the perfect emotions. We have lost another gem in his form. SocioFreak pays deepest condolences to L N Shastri’s wife and family.