Today is a day we will surely mourn. We have lost a gem of a person, former Justice Leila Seth died at the age of 86 on Friday, 5th May 2017. Most people of our generation wouldn’t know this Iron Lady, but she was a force to reckon with in her glorious days back then. A staunch supporter of Women’s rights, Leila was always a leader when it came to raising the voice against injustice. To honor her contribution to the society, we have got some unknown facts from former Justice Leila Seth’s wiki.

Back in the post-independence era, it wasn’t easy for a woman to get educated and start working in the society. It was a heavily male dominated world and women had hardly any freedom to express their voices. In spite of the odds, Leila studied law and went on to become the first woman Chief Justice of a State High Court in India. She was also the first woman judge on Delhi High Court. She started practicing law after joining the bar council in 1959.

Leila Seth was the first woman ever to top the London Bar exam in 1958. This isn’t all, she had just delivered her infant son a few months before the exam. One of the London newspapers referred to her as the “Mother in Law” while others grieved about how the 580 other exam takers were surpassed by a married woman. This in itself tells us how the mentality of people during that time was.

In 1959, She Graduated as an IAS Officer 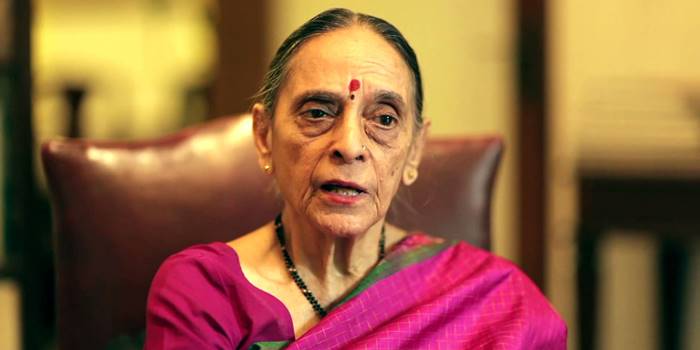 This woman just doesn’t fail to impress! What else is left? Discovering a new galaxy? Well, apparently Leila also passed the UPSC examination and went on to become an IAS officer in 1959. This is enough for us to understand what level of commitment and dedication she had towards changing the way people think!

According to Her Death Wish, Her Body will be sent for Scientific Research

Leila was a woman with her own views and she was never afraid to express them. A woman with progressive thinking, she was always one step ahead of her times. She had expressed her wish to donate her body to scientific research after her death. She was a woman who believed more in giving than receiving.

She was an Author of High Calibre

She had been bitten by the writing bug. She has penned down three books including her autobiography, On Balance, where she had mentioned some of her innermost thoughts and how she overcame the problems in her life. She wrote We, The Children of India in 2010 which was focussed on conveying the importance of the preamble of the Indian constitution to India’s younger generation. Her third book Talking of Justice: People’s Rights in Modern India was released in 2014, in which she discussed the critical issues she dealt with during her vast legal career.

She was a Staunch Supporter of the Gay Rights Movement

Leila’s eldest son was homosexual. She was known for her disapproval of Section 377, which states that any person going against the order of nature and has same-sex intercourse, shall face the punishment of a life sentence or for a period of ten years including a fine. She strongly believed that “a gay child needs more love.” She was way too progressive as compared to the other Indian leaders.

Her Youngest Son, Vikram Seth is a Renowned Author and Activist

Leila was married to Prem Nath Seth, with whom she had three children. What we didn’t know was Vikram Seth, the famous author was her son. Vikram is a recipient of Padma Shri, Sahitya Akademi Award among many others. He is best known for his poetic works Mappings and Beastly Tales.

We salute the grit and determination of Leila Seth who dedicated her life to create a better India. We wish many more women idolize her and many other like her who tried to make the world a better place to live. As Mahatma Gandhiji has rightly said, “The greatness of humanity is not in being human but in being humane” Hats off to Leila Seth for making us believe that justice exists and women are nothing less than men!