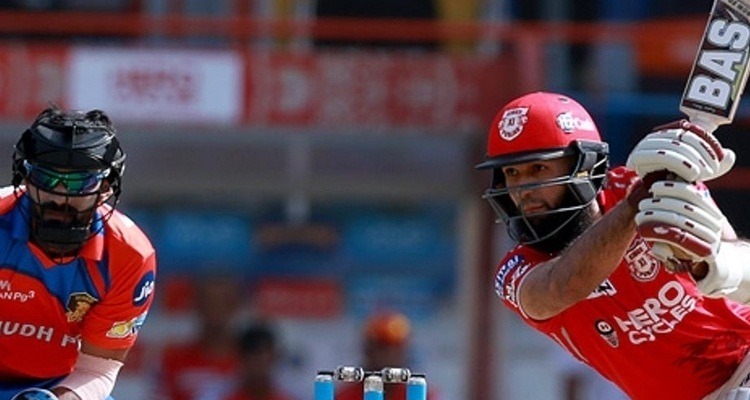 Hashim Amla, often referred to as one of the best batsmen in the world is a South African cricketer. He is the former Test captain of South Africa. He plays for the Kings XI Punjab in the Indian Premier League. Amla was brought into the KXIP squad as the replacement for Shaun Marsh in the 2016 season after the Australian was ruled out due to injury. He played six matches in his debut season and was bought by KXIP in the tenth edition of the IPL. Find out more about his age, net worth, wife, and records in Hashim Amla’s Wiki.

Hashim Amla was born to a South African Muslim Ansari family which has its roots in Gujarat. He was raised in a middle-class family and sent to the highly regarded Durban High School. His elder brother, Ahmed Amla, was also a professional cricketer. He made his debut two years before Hashim, and they played together for a time at the Dolphins. Amla captained the South African Under-19 Cricket team in the 2002 World Cup held in New Zealand. He leads his team to the finals but eventually, they lost. Hashim Amla married Sumaiyah and they have two sons.

Hashim Amla married Sumaiyah. They had an arranged marriage. Hashim Amla’s wife Sumaiyah was a school teacher and resigned from her job soon after their marriage. She has two sisters and belongs to a family which didn’t have much knowledge of cricket. She is a strong believer in God and is grateful for all the blessings he showers upon them. The couple are blessed with two sons.

During a Test match between South Africa and Sri Lanka on 7th August 2006, Amla was referred to as a “terrorist” by the Australian TEN Sports commentator Dean Jones. Amla had taken a catch, and assuming that the broadcasting had switched to a commercial break, Jones said: “The terrorist gets another wicket.” After the incident Jones reportedly apologized to Amla, stating that his comments were never “supposed to be heard over the air”, which he accepted. No wonder we don’t hear about Dean Jones anymore!

In January 2011, Amla became the fastest cricketer to achieve the feat of scoring 2000 runs in ODIs in his 40th ODI innings. He is currently ranked by the International Cricket Council (ICC) as the world’s eighth best batsman in Tests and the world’s fifth best in ODIs. Amla is the first South African to score a triple century in a test match. He scored 311 not out against England in 2012.

Amla became the fastest batsman to score 3,000 ODI runs in the 57th innings of his ODI career. He beat Sir Vivian Richards by 12 innings. Amla became the first batsman after Ricky Ponting to lead both the Test and ODI rankings at the same time in the latest ICC charts.

In 2015, he Became the Fastest Cricketer to Reach 20 centuries

The Kings XI Punjab opener Hashim Amla scored his first century in the Indian Premier League (IPL) against Mumbai Indians at the Holkar Stadium in Indore on Thursday. His century came off just 58 balls, which comprised of eight boundaries and six sixes. However, Mumbai Indians raced down the target in just 15.3 overs as Jos Buttler scored 77 and Nitish Rana stayed unbeaten on 62.

The 34-year-old cricketer has an estimated net worth of $25 Million and is one of the best batsmen in the world. Amla has broken many barriers and has amazed us with many enthralling performances. We are glad to have such a talented and consistent player among us.