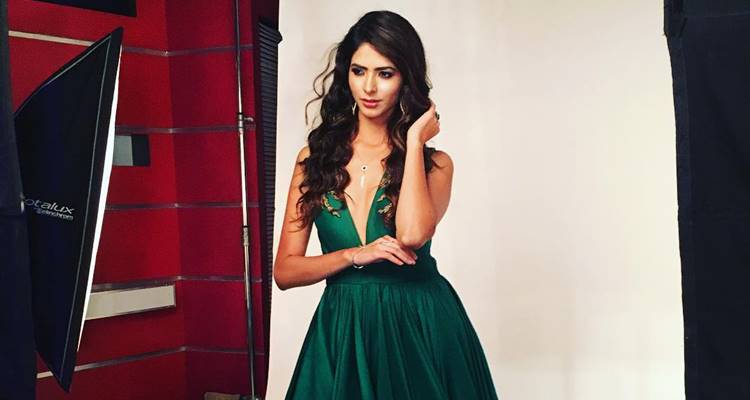 Last year during this same time, people were looking for Pankhuri Gidwani’s hot pics and now the same people want to know Pankhuri Gidwani’s wiki. It is rather astonishing how times change. The girl who was a Miss India 2016 runner-up has scored 97.25% in her ISC board exams. Pankhuri couldn’t appear for the board exams in 2016 due to the Miss India finals and boy was it worth the wait! Pankhuri’s excellent performance in the exams as well as on the ramp has made us proud. You have earned our respect Pankhuri!

Pankhuri Gidwani, age 19, is a resident of Lucknow, Uttar Pradesh and attended La Martiniere Girls College, Lucknow. Her father’s name is Deepak Gidwani. She is Sindhi by religion and her family hails from Lucknow. When Pankhuri was declared as the Miss India runner-up Uttar Pradesh chief minister Akhilesh Yadav congratulated her along with his wife Dimple Yadav and daughter Tina Yadav.

2016 was a busy year for the all-rounder. She was selected as the Campus Princess 2016 which paved the way for her entry to Femina Miss India 2016. She was later selected as Miss Grand India 2016 where she represented our country at the Miss Grand International 2016. That was not all, she secured the 25th position among 80 countries

Pankhuri’s Facebook bio reads “I love music and books. Dance is my passion/addiction. Love 2 socialize and make new friends……..Family is my air and friends are my Sun…I am a party Animal. Believe in balancing academics with masti……”

She loves to maintain a balance between enjoyment and hard work. Pankhuri’s Instagram pics have been popular among the youngsters and she is sure to leave a mark in the Indian entertainment industry. Pankhuri’s favorite drink is Martini.

Pankhuri and her family were ecstatic when her board results were announced. It is a great feat to achieve so much after a year’s break and we wish her luck in her future endeavors. In an interview with the Hindustan Times, Pankhuri said that it was a difficult journey as she had to maintain a balance between her studies and modeling career. One of the highlights of her result was that she score 99/100 in History. She even said that she wishes to study Performing Arts or a Bachelor’s degree in Mass Media from Mumbai. She will have to live away from her family for her further studies and it will be another challenge in her life which she will go through in the coming years.

Pankhuri started modeling since her childhood. This was one of the stepping stones to reaching such great heights and the gorgeous girl continued to rule the ramp with her grace and enchanting aura. Pankhuri Gidwani’s bikini photos have been circulating social media for a while. Here are some of Pankhuri’s photos you would surely not like to miss:

Chillin’ by the Pool

A power-packed bundle, Pankhuri already gets a lot of Bollywood movie offers. She has even been asked for many Television shows, however, she wants to focus on her studies right now. We are eager to see Pankhuri make her big debut. For more such news and updates, stay tuned to SocioFreak.