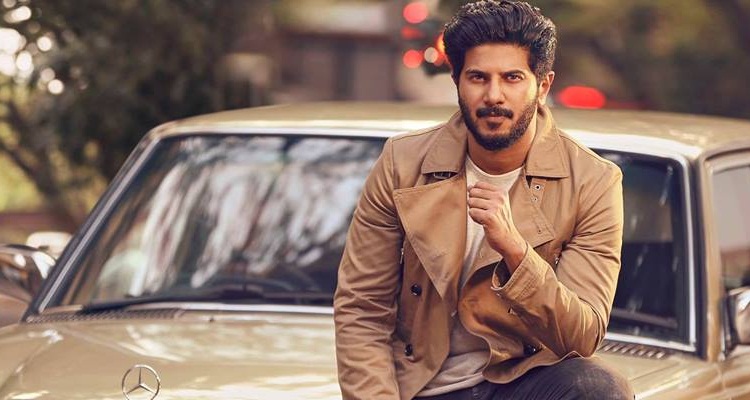 Dulquer Salmaan popularly known as DQ celebrated his birthday on 28th July. On this occasion, his wife posted the first photo of the couple with their cute baby girl Maryam Ameerah Salmaan on Instagram. DQ is a South Indian actor famous for his work in Malayalam cinema. Here is Dulquer Salmaan’s wiki is full of interesting facts and cute pictures of his new-born daughter Maryam.

Dulquer Salmaan, age 31 is the second child of actor Mammootty and his wife Sulfath. DQ’s elder sister is Surumi. Salmaan was born on July 28, 1986, in Kochi, Kerala. He completed his schooling first from Toc-H Public School in Kochi and later he joined Sishya School in Chennai. He has a bachelor’s degree in Business Administration from Purdue University, US.

Before entering the film industry, Salmaan aspired to be a businessman

After completing his bachelor’s degree DQ decided to enter the world of business. He started an online portal for trading cars. He is the head of a big dental business chain based in Chennai. He is on the B.O.D. of Bangalore’s Motherhood Hospital. He made his debut in Malayalam cinema with the movie Second Show.

Dulquer entered the film industry in 2012

DQ’s first movie was Second Show in 2012. He was seen in a number of Malayalam movies including Ustad Hotel, Theevram, ABCD: American-Born Confused Desi and much more. He made his debut in Tamil with the movie O Kadhal Kanmani, directed by Mani Ratnam.The film was a big hit at the box office. The Bollywood remake of this film was OK Jaanu directed by Shaad Ali, with Aditya Roy Kapur and Shraddha Kapoor in the leads.

Dulquer to be seen as Kerala’s most wanted criminal, Sukumara Kurup in his upcoming movie

We are excited to see Dulquer portraying Kerala’s most wanted criminal, Sukumara Kurup in his upcoming movie Solo. The film is directed by Srinath Rajendra. Take a look at the image of the poster of this movie which was released recently.

Salmaan will be seen in late actress Savitri’s biopic, Mahanati

DQ will be making his debut in Tollywood with the movie ‘Mahanati’. Dulquer will be portraying late legendary actor Gemini Ganesan. Nag Ashwin is the director of the film with Keerthy Suresh as Savitri.

Dulquer tied the knot with Amal Sufiya on December 22, 2011. Amal is a Chennai-based architect. It was an arranged marriage. Amal belongs to a North Indian Muslim Family, settled in Chennai. She gave birth to a cute baby girl on May 5, 2017. They named their daughter Maryam Ameerah Salmaan. Amal posted a photo of the couple with their newborn on DQ’s birthday.