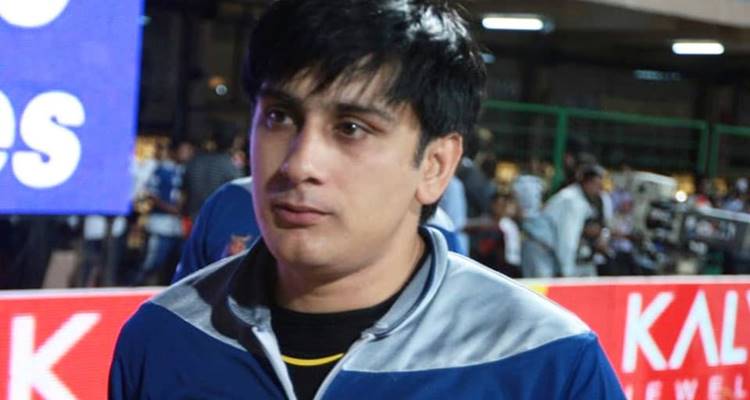 Dhruva Sharma, a Kannada actor died due to cardiac arrest and multiple organ failures earlier today. Dhruva Sharma’s death comes as a shocker as there were no previous reports of the actor facing any medical conditions. A man of multiple talents, Dhruva was also a cricketer and played in the Celebrity Cricket League. Here’s Dhruva Sharma’s wiki to learn more about the actor and his family.

Dhruva was congenitally impaired of speaking and hearing abilities. Dhruva Sharma’s father Suresh Sharma is a businessman and actor. Dhruva was married and has two daughters. Details about Dhruva Sharma’s wife and daughters aren’t available. Dhruva’s mother is also a media shy person and has never been seen in the media spotlight. Dhruva Sharma’s age at the time of his death was 35 years. However, his date of birth is not known.

Dhruva was born and brought up in Bangalore. His disabilities forced him to quit college as it was difficult for him to follow lectures. However, this didn’t stop him from completing his education or carve out a career for himself. He completed a slew of computer courses in order to have multiple skills before entering the acting industry. He rose to the occasion and made sure that his name will forever be written in golden words, and he stood by his goal for his entire life!

Dhruva was a Skilled Cricketer and Even Represented India

Dhruva Sharma started playing cricket at an early age. He represented India in the Deaf Cricket World Cup held in 2005. Later on, he was included in the Celebrity Cricket League where he played for the Karnataka Bulldozers. Some of Dhruva Sharma’s CCL friends praised the talent in an interview by saying “He was one of the fittest guys in Karnataka Bulldozers and never had health issues.”

Dhruva was Deaf & Mute & Won our Hearts with his Acting Skills

In 2005 or early 2006, Dhruva visited a dubbing studio with his father Suresh Sharma. Having learned about dubbing for the first time in his life, he was bewildered at the thought of recording the scenes after the shooting of the actual movie. Dhruva then told his father that if an actor only had to lip-sync while shooting, even he could do it! However, his father ignored him initially and confessed that he discouraged Dhruva when the acting discussions came up. Film maker Siddaramu was the one who was interested in Dhruva’s idea and thought that it could take the film industry by storm. Siddaramu also told Suresh that his son had all the traits of a celebrity, be it good looks or a great physique, Dhruva had it all. Dhruva’s superb ability to understand very quickly and the time of dialogue delivery made him a household name within no time!

He is a Guinness Book of World Records Holder!

Dhruva’s debut movie was Snehanjali which released in 2007. The movie also starred late veteran actress Parvathamma Rajkumar and famed Bollywood actor Om Puri. The critics were nothing but impressed with Dhruva’s performance and the movie was an instant hit. What people don’t know is that Dhruva has his name carved in the Guinness Book of World Records. Yes! Snehanjali was the only movie in the past 94 years which starred a deaf and dumb actor in the lead role.

Dhruva wasn’t one of the A-listers in the movie industry but we are sure he inspired thousands of dreamers with disabilities that nothing is impossible to achieve if you work hard for it. It is a very tragic incident to see such a tremendous talent leave the world. SocioFreak pays its deepest condolences to Dhruva Sharma’s family and friends.