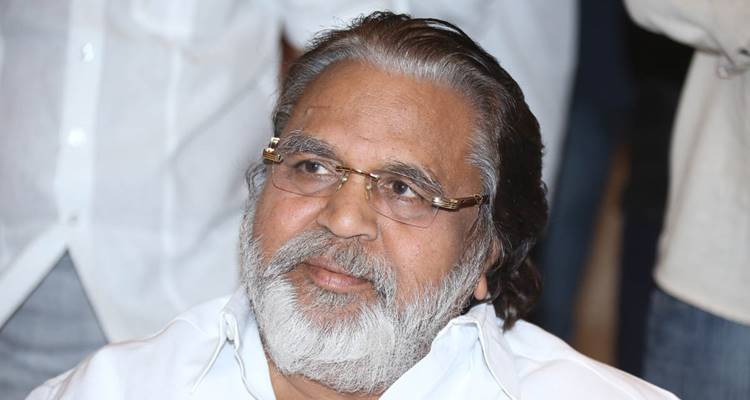 Rao was a multi-talented person who was a journalist, director, writer, actor, lyricist and even a choreographer. He could do almost everything which comes under the movie industry. Any kind of praise is less for his works and he was considered as one of the most hardworking people in the Telugu industry. Dasari passed away in Hyderabad on Tuesday due to prolonged illness.

Dasari’s elder son Arun Kumar Dasari is an actor and is best known for movies Greeku Veerudu (1998), Chinna (2001) and Orey Thammudu (2001). His other son Hari Hara Prabhu was reportedly kidnapped in 2008 which was claimed by his wife Susheela. However, he squashed all the rumors and said that he came to Chennai on his own and wasn’t kidnapped by anyone.

Dasari Narayana Rao’s net worth is unknown and his house was in Jubilee Hills, Hyderabad.

Also Read: Rajkumar’s wife passes away! Here’s everything you need to know about Parvathamma Rajkumar!

Rao was considered the pillar of the Telugu industry having directed over 150 movies. He played a large part in uplifting the Telugu industry with most of his work involving social injustice, corruption and gender discrimination. He was also a part of some Bollywood movies, the most successful box-office hits being Swarg Narak which was released in 1978, and Jyoti Bane Jwala which came out in 1980. A detailed list of Dasari Narayana Rao’s movies can be found out at Wikipedia. If that’s not all, Rao holds a Limca World Record for directing the most number of films. Rao’s directorial venture Meghasandesam received critical acclamation at the Cannes Film Festival in 1983 and the film received a National Award for the Best Feature Film in Telugu.

Rao is the proud holder of nine state Nandi Awards, four Filmfare South Awards which includes a Lifetime Achievement Award. Apart from this Rao has written for 13 movies, produced 24 movies, and acted in more than 64 movies. This man was a real superstar and we respect his dedication!

Leap into Politics & the Start of Controversies

Rao started the popular daily newspaper Udayam as a competition to Eenadu, founded by Ramoji Rao.

Rao joined Congress and was elected to the Rajya Sabha in 2006. He was appointed in the Ministry of Coal as the Minister of State. One of the biggest scandals which shook the Indian politics was the Coalgate Scam of 2004-09 rule of Congress. Rao was accused of receiving ₹2.25 crores as a bribe from Naveen Jindal, the steel king of India. Both of them were questioned by the CBI and later, booked for the scam.

Being a prolific personality ruling the Telugu industry for over 40 years, the king’s life has come to an end. Dasari Narayana Rao’s legacy will continue and his name will be in our hearts forever. Thank you, Rao sir for your immeasurable contribution to the film industry!