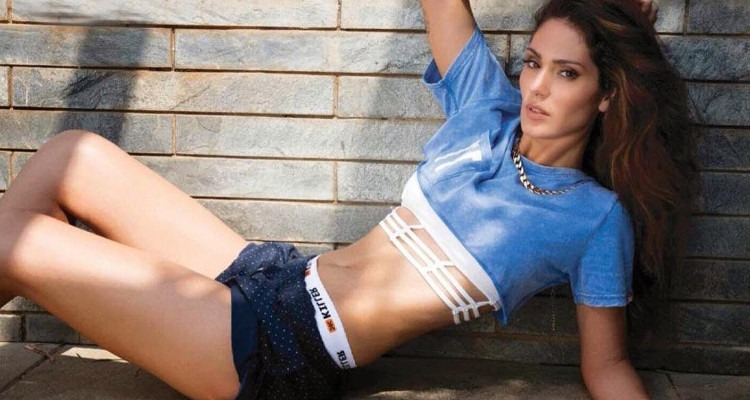 Upcoming actress Bruna Abdullah is all the buzz in Bollywood lately. With box office hits like Grand Masti and I Hate Luv Storys, Abdullah is in the spotlight of the media gauntlet. Bruna is originally a Brazilian actress having a Lebanese descent. While visiting India, she got so engrossed in the B-Town Film Industry culture that she decided to make a mark in Bollywood. This gorgeous looking broad has conquered all social media platforms with her bold and sexy attitude, becoming one of the hottest models in India. Bruna Abdullah’s Instagram and Bruna Abdullah’s Twitter is covered with her bikini photo shoots and bold, almost nude images. Without wasting a second more, let’s move ahead to Bruna Abdullah’s hot pics that will make you squirm from inside.

Beauty is Inside… So Take your Clothes off!

Here’s a steamy hot pic of Bruna in absolutely nothing but a mini skirt!

Bruna Abdullah’s bikini pic is what you were looking for? Here it is:

Naked is the Best Disguise

Take a look at the sexy Bruna Abdullah in a nude photoshoot:

Main B*tch out your League

Bruna Abdullah with her boyfriend, Al

She’s up to no Good…

Everyone needs the Beach Therapy

Never say no to beaches and bikinis. Bruna Abdullah killing it in a sexy bikini on the beach…