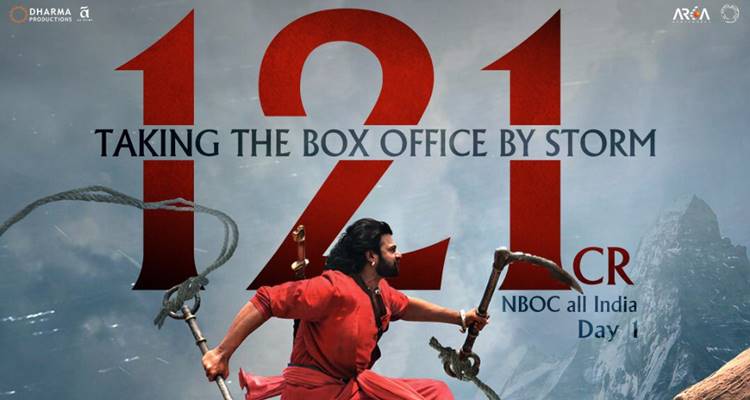 Baahubali 2: The Conclusion is no doubt the most awaited Bollywood movie of 2017. The first-day box office collection of Baahubali 2 was humongous, whopping in a record-breaking ₹121 crores with the Hindi version earning a record ₹40 crores and the Tamil+Telugu+Malayalam earnings being ₹80 crores. Baahubali: The Conclusion raised our expectations with its world-class animation and storyline. The movie’s ending was something which left the viewers dazed. Why did Katappa kill Baahubali? The question remained unanswered and was more than an invitation for all the fans to come and watch the second part of the Baahubali series. The total first-weekend Baahubali collection was estimated more than $10 million only in the North American region.

According to sources, the three days collection of Baahubali 2 is around ₹335 crores in India. The movie had already crossed ₹235 crores in the first two days and Sunday added a huge amount to the total earnings. One of the highlights is that the movie is performing well above par in the international markets. Notably, the movie created an all-time record after earning $1.8 million in the U.S. alone making it the number one International movie of all-time!

#Baahubali2 in #IMAX creates a new all-time record in #USA.. With $1.8 M weekend BO from 45 #IMAX screens.. No.1 International Movie Ever! pic.twitter.com/8SZc8TZESX

S.S. Rajamouli is the Genius behind the Film

While Indian movies are dubbed as poor in animation, Rajamouli has just changed the definition. Baahubali’s visual effects match the ones of Hollywood movies. Social media is flooded with praises for the talented director who gave a visual treat for the Indian audience. Some even claimed that he was the James Cameron of India. His creativity has made a movie which will be remembered for centuries. Hands down, Baahubali 2 is the highest grossing film of all time.