Sshivani Durga Wiki: Age, Husband, Videos and Facts to Know about the Tantrik from Bigg Boss 11 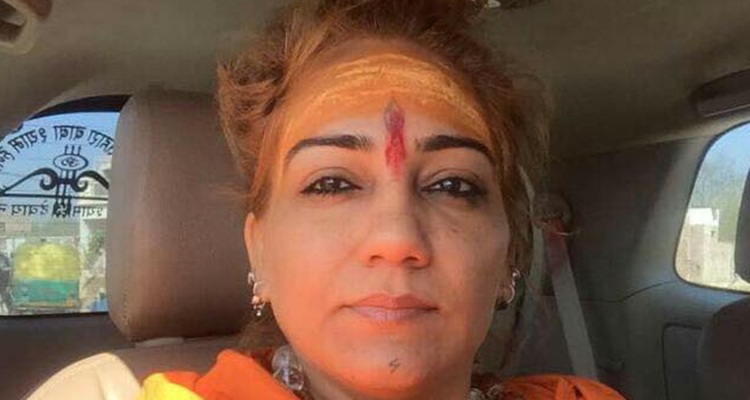 Salma Khan is back with the 11th season of Bigg Boss. Everyone is excited to find out who all are the Bigg Boss 11 contestants. The tantrika of this season, Sshivani Durga has been in the scoop from quite some time. Though she has entered the house as one of the commoners, she has quite a bit of a fan following. She is a famous Godwoman, a self-proclaimed devotee.We are all eager to find out what exactly is going to be her role in the Bigg Boss 11 house. Will she be able to win everyone over by casting a spell? Or will she be a nuisance for the audience like the previous tantrika Swami Om? Remains to be seen. Before you start judging take a look at some of the interesting facts about her from Sshivani Durga’s wiki.

Sshivani often refers to herself as ‘Simha Vahini’ which means ‘Lion Rider Durga’. Apart from being a Godwoman, Durga is also a spirit hunter, healer, Vodou anthropologist, a tantrika and a founder of a few organizations. She was awarded as the Tarot Queen of Cups by the hands of Bharat Nirman and was also given the Outstanding Professionalism Award by GTN. One of her Ph.D. is in Karmkanda. She started the Sarveshwari Shakti women Akhara, the IWCVT – Indian Wiccan Community and the Vodou Temple. She has published a thesis on the Veda Science: Wicca-Tantra-Vodou-Religion and science.

The most famous quote of Sshivani Durga is,

Life is a web, behave like a spider. – Durga

A few more quotes that guided Sshivani through her journey are,

Never Give So Much That You Become Empty. – Awiki

Love Yourself If You Want To Be Loved by Universe. – Awiki

I don’t Mess up with anyone, so don’t Mess with me. I am Loving and Cruel both because Nature is both. Know me well and behave. -Awiki

Nothing Comes Free In This World. Everything Has Its Price, Less Or High. I charge For My Services, Don’t Ask Me For Free Favors. -Awiki

Sshivani Durga hosts her own show, The Sshivani Durga Show, which aired on Soham channel. The show gives insights on how to tackle the obstacles and hindrances faced by everyone in their daily life. Take a look at one of the episodes here.

The first episode of Bigg Boss 11 aired on 1st October 2017. Stay tuned to get more updates on the 11th Season of Salman Khan’s popular TV-show Bigg Boss. Also, follow us on Facebook to get the updates on the latest news and tidbits about the stars.