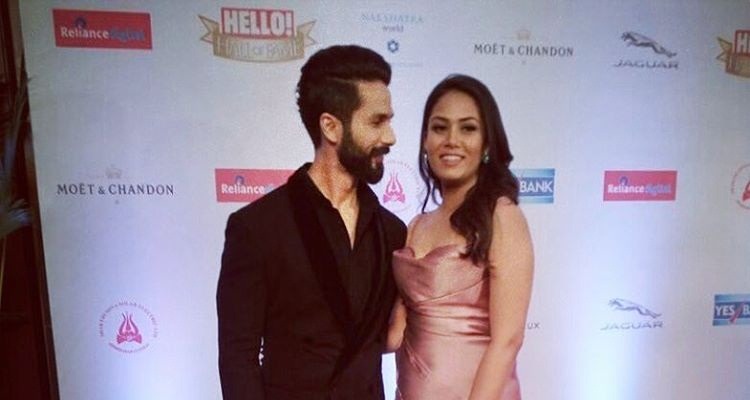 Film star and elegant dancer Shahid Kapoor has been striving hard to achieve superstardom in the Bollywood industry. There have been many ups and downs for him throughout his career and personal life. His breakup with Bebo was a shocking news for everyone. Who knew that after Kareena, Shahid Kapoor will tie the knot with this young and beautiful Metro girl, Mira Rajput. Mira Rajput, Shahid Kapoor’s wife is a 23-year-old who has recently given birth to Shahid’s baby girl, named Misha. Find all you need to know about her in Mira Rajput’s Wiki.

Mira Rajput was born and brought up in Delhi

Born on 7th September 1994, Mira was brought up in Delhi. She belongs to a Punjabi business family who share a strong bond. Her father is Vikramaditya Rajput and her mother is Bela Rajput. Her family has very close ties with Shahid’s family. Mira’s net worth is unknown as she is currently unemployed.  Mira’s favorite actor is Salman Khan and she says that she watches all his movies.

She did an internship with the United Nations Organization

She completed her schooling from Vasant Valley. She graduated in English Honors from Lady Shri Ram College for Women. Later, she did an internship with the United Nations Organization. She achieved 10th rank in DU’s CATE.

Shahid Kapoor’s Decision of Going for ‘Arranged’ Marriage was Shocking!

Nobody ever thought that Shahid Kapoor will be having an ‘arranged’ marriage! Shahid met Mira at a spiritual group Radha Soami Satsang Beas. Both Shahid and his father are ardent followers of this group. Recently when Shahid and Mira were invited on Star World’s popular reality show, ‘Koffee with Karan’, Shahid mentioned that when he first went to Mira’s place to see his bride to be, he actually thought that he had gone to see her elder sister. Shahid Kapoor was 34 years old when he got married to Mira. On the show, he also mentioned that they went on talking for hours when they met for the first time and eventually ended up falling in love. They tied the knot on 7th of July 2015.

They had a very small wedding ceremony with their family and close friends but a huge reception with over 500 guests. He threw a small reception for all his friends from the industry in Mumbai on 12th July 2015.

After Mira got married to Shahid, Mira’s past relationships came to light. It is rumored that she was dating Aditya Lal, her friend from Vasant Valley school. Sources say that they were deeply in love and were repeatedly spotted together. They both decided to end the relationship after two years and went on separate paths.

In just a Year after their Marriage, the Couple was Blessed with a baby girl who was Named Misha

At a young age of 23, Mira gave birth to a baby girl who was named ‘Misha’. Misha means ‘God Like’ in Russian. Mira Rajput keeps posting photos of baby Misha on Instagram.

Recently on a Women’s Day Gathering, Mira Rajput told Mid-Day, “The new wave of feminism is aggressive and destructive. There is a term called ‘feminazi’ which is now becoming the female equivalent of a male chauvinist. I am a housewife and wear that label with pride. Why can’t you be an accomplished homemaker? Accomplishing could mean anything one has their heart set on. I had a tough pregnancy, bringing Misha into this world. Now, I love being at home and spending time with my child. I don’t want to spend an hour with her and then rush to work. It’s not that I am not a woman of today. You don’t have to compromise on traditions and ideals to be modern.”

These comments sparked an outrage among celebs and other women on social media. However, her husband Shahid supported her statements in an interview.

Shahid and Mira make a cute couple with a sweet baby girl Misha. We wish them a long and happy married life. Rumors say that Mira Rajput will soon make her Bollywood debut and if they are to be true, we can’t wait to see her glam it up on the big screen!