SocioFreak Ft. Sana Dua: Experiencing Her Journey from a Lawyer to a Miss India 2017 Finalist 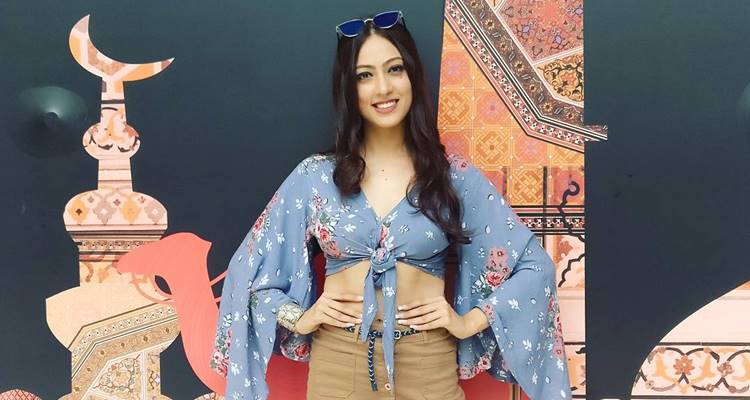 Femina Miss India 2017 is around the corner and our excitement levels are at their peak! Who wins the coveted crown is the question on everyone’s mind. With such young, beautiful and talented women competing against each other, it is sure going to be a tough contest. 30 contestants are competing for the prestigious title of Femina Miss India 2017 and the winner will be declared by the end of June. With the rising popularity of these contestants, we have no doubt that Miss India 2017 finale is going to be one of the most watched events in the country. Hence, we decided to catch up with one of these charming and confident women, Sana Dua, who is the current Miss India Jammu & Kashmir and representing her state in the finals.

Sana, a girl who hails from the beautiful mountainous landscape of Jammu & Kashmir, has won Femina Style Diva 2016 and is a runner-up of the Miss International India pageant. She has even been featured on the cover of the Femina magazine which is a dream come true for every Indian fashion diva! And that’s not all, Sana is a lawyer too! You better think twice before messing with her! (NOT JOKING)

It’s a proud moment for all of us that such ambitious girls are competing to be the best of the best. Sana is a role model for thousands of other girls who will now aspire to follow their dreams. While following her dream of becoming a model, Sana never gave education the second priority in her life and she completed her law degree with flying colors. We believe this is just the start for Sana and we are certain that she has a bright career ahead of her, be it in the field of law or modeling!

Since the news of Sana’s selection in the Miss India finale broke, her popularity has grown throughout the country and people are Googling to find out more information about her. We must say that we are lucky that she could spare some time from her busy schedule and give an exclusive interview for us.

Following is the excerpts from an exclusive interview with Sana Dua.

SocioFreak: What was the first thing that came to your mind when you found out that you are a finalist in the Femina Miss India 2017 contest?

Sana: I was more than just delighted. The feeling of relief that the journey that I waited for is finally going to happen!

SocioFreak: What inspired you to become a model? What does being a model mean to you?

Sana: Modelling was never a plan, pageantry was. Modeling happened in lieu of it so as to better my stage presence and walk. But when it happened I realized I am here to experience more of this because I enjoy it.

Model to me is someone who can add immense value to something being showcased and absolutely make something very average look wow. Someone who is confident in her skin so much that camera is just another eye looking at her.

SocioFreak: How was the journey from entering modeling to being Miss India Jammu & Kashmir and now a finalist in Femina Miss India?

Sana: The journey has been full of ups and downs and I must say I’ve enjoyed both of them equally! From being a lawyer and then shifting to the world of glitz and glamor and learning to come out of the shell has been amazing.

SocioFreak: What goes on inside your mind before going out on the ramp?

Sana: I can do this. I belong here.

SocioFreak: Do you feel a semi-traditional dressing sense is better than a fully westernized clothing style?

Sana: I am a person for whom semi-traditional dressing sense is always interesting since I think it suits my personality better. Nevertheless, love fully westernized clothing too. It’s all about what you can carry comfortably!

SocioFreak: What was the most hilariously awkward moment in your modeling career?

Sana: Just that you are new and a lot of teams are working on one set and don’t realize who’s from which team and end up bothering other teams and confusing them whereas they have got nothing to do with my shoot. Hahaha.

SocioFreak: If you ever get the chance of making your biopic what would you name it?

Sana: Umm. I will need more time to think but may be – A Prayer that came true. (My name means a prayer)

SocioFreak: Things you wish to achieve in the next 5 years?

Sana: Let’s not go that far. Life is beautiful just the way it’s unfolding and I want it to be that way.

SocioFreak: A few lines that you would like to say to all your fans.

Sana: Thank you for all your support. It means so much to me. I consider it a blessing and I value it thoroughly. Please keep supporting and showering love. Much love and power to each one of you.

If you want to know the latest updates about Sana’s latest whereabouts, you can follow her on social media:

Sana is all set to set the ramp on fire in the live finale and we will be holding on tight to our seats to see her! Vote for Sana if you want her to win the Femina Miss India 2017 & stay tuned to SocioFreak for more such exciting interviews!