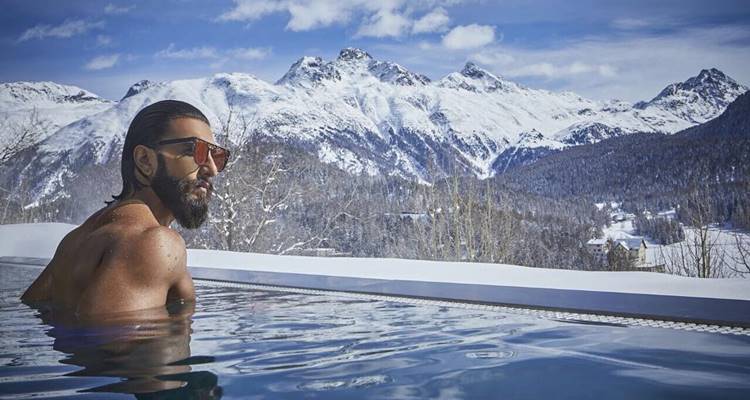 After the movie ‘Befikre’ tanked at the Box Office in 2016, Ranveer Singh is back in action again to bring us some serious performances in 2017. Ranveer Singh’s upcoming movie in 2017 is an Indian period drama directed by the infamous Sanjay Leela Bhansali. As Ranveer’s taking his projects very seriously along with multiple ad shoots, he has only one movie which will be released this year. Here’s a look at Ranveer Singh’s new movies this year.

When it comes to Ranveer Singh’s movies, we are sure to see some enthralling performances from him. His acting skills have been consistently increasing since his debut in 2010, with the Yashraj Films’ ‘Band Baaja Baaraat’ alongside the hot Anushka Sharma. Not to our surprise, he won the Filmfare Award for the Best Male Debut.

Padmavati is an Indian historical movie directed by Sanjay Leela Bhansali, and jointly produced by Bhansali and Viacom 18 Motion Pictures. The movie is currently scheduled to release on 17 November 2017.

The movie boasts of a powerful star cast including Deepika Padukone in the titular role of Rani Padmini, Shahid Kapoor as Rawal Ratan Singh and Ranveer Singh as Alauddin Khilji. Aditi Rao Hydari will also play a role in the movie with the character Kamala Devi. The movie also includes unconfirmed roles by Jim Sarbh and Sonu Sood.

Media outlets have reported that Deepika Padukone will be paid more than Ranveer Singh for this movie. Ranveer’s earnings for the film have been estimated about seven to eight crore rupees whereas Deepika is said to have earned 11 crores, excluding taxes.

The movie revolves around the life of Rani Padmini, a fabled queen from the epic poem Padmavat. Rani Padmini was the wife of Rana Rawal Ratan Singh, the ruler of Mewar. In 1303, the Turkic ruler of Delhi Sultanate, Alauddin Khilji laid siege on the Chittor fort in Rajputana. Padmavat claims that Khilji led the invasion inspired by his ambition to capture Rani Padmini. It was said that Khilji attacked Chittor after hearing of the beauty of Rani Padmini. With all the star cast, we are guessing that the movie will be a huge Box Office success.

Padmavati’s shooting started in November 2016 and hasn’t finished till date. During the movie’s shoot in January 2017 in Jaipur, the members of the Shri Rajput Karni Sena held protests on the sets at the Jaigarh fort accusing Bhansali of portraying wrong facts in the film. On January 28th, the local outfit mistreated the crew and also slapped Bhansali after going past the guards. Both the parties worked out a compromise but till then the issue had been publicized nationwide.

Many Bollywood celebs showed their support towards Bhansali against this incidence. One of the most unexpected reactions came from renowned actor Sushant Singh Rajput, who dropped Rajput from his name on his social profiles as a sign of protest. He also said he felt ashamed of people who didn’t support the movie makers who tried to be creative. Other celebs including Karan Johar, Hrithik Roshan, Huma Qureshi, Anurag Kashyap, Farhan Akhtar, Arjun Rampal said they were furious about the issue and called the incident shameful and disgusting.

Back in December 2016, when the crew was shooting in Goregaon, Mumbai, a painter named Mukesh Dakia died after falling from a scaffolding on the sets. Bhansali financially compensated the painter’s family and Deepika Padukone also expressed her grief for the tragic loss.

To make things worse, during the film’s shoot at Masai Pathar near Kolhapur in March 2017, an unidentified group of men vandalized the film sets. Designer costumes, as well as animal fodder, was set on fire which resulted in huge damages which amounted to be in crores. It is being said that there were around 20 men who attacked the sets and destroyed the property. This incident left a long lasting scar in Sanjay Leela Bhansali’s mind.

Sources also claimed that Deepika Padukone had sprained her neck due to the heavy jewelry and dresses required for her character. Her illness became an issue and hence it is being said that the shooting had to be temporarily halted. Deepika’s spokesperson assured that she will soon be fit and start shooting for the film.

Despite all these issues, we hope that the film will be ready to hit the screens soon. This will be a major blockbuster and we can’t wait for it to smash some biggest Bollywood records.

Ranveer Singh is all set to deliver an earth-shattering performance in Padmavati and we can’t just wait for it!