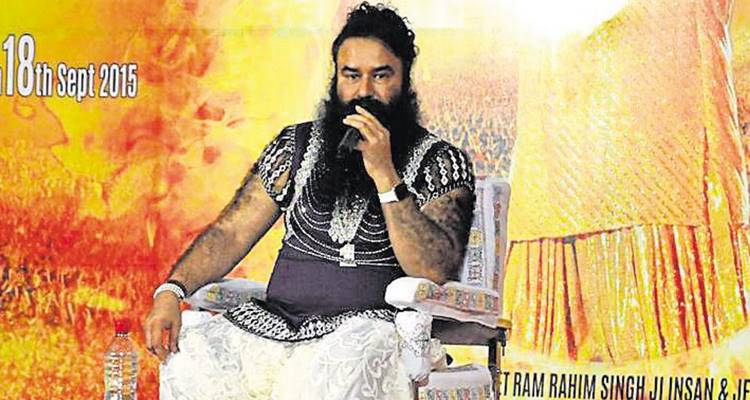 Dera Sacha Sauda’s chief Gurmeet Ram Rahim Singh was convicted on two counts of rape yesterday and the country has experienced nothing but disorder. Riots in Haryana and Punjab have made the lives of people miserable and the government had no option but to impose a curfew until the situation is under control. While some people are still reading about Ram Rahim’s case, others are wondering who is judge Jagdeep Singh, the man who sentenced Ram Rahim in the rape case. For all these controversy enthusiasts, here’s Jagdeep Singh’s wiki to know more about the prolific judge.

Recent reports suggest that CBI judge Jagdeep Singh will be flown to Rohtak district jail, where Ram Rahim has been currently relocated in a high security environment to pronounce Rahim’s rape sentence. The Haryana government was asked to look after Singh’s security and safe transport. This decision came soon after Ram Rahim Singh’s supporters started riots all over Punjab and Haryana.

Well, let’s take a look at some interesting facts about Jagdeep Singh:

Justice Singh comes from the Jind province of Haryana, which is also referred as the heart of Haryana. Jagdeep Singh’s age is not known. He is an alum of the Panjab University where he completed his Bachelor’s degree in Law in the year 2000. One of the judicial officers of the Haryana district praised Singh in the following words: “He was a bright student and is considered a very hardworking and upright officer.” It’s not just his colleagues and seniors who have words of praise for this rock-solid man, the Indian citizens who believe in truth and integrity have also showered their love on this judge.

From 2000 to 2012, Singh worked as as a high court lawyer for the Punjab and Haryana high court. His work in the civil and criminal sector was prominent. A lawyer who practised with Singh added “Singh likes keeping a low profile and is a man of few words. But all those who know him vouch for his competence and integrity.” We believe every word from this statement!

In 2012, Singh was appointed in the Haryana judicial service in the Sonepat region. This post is offered only to a handful law officials with the cleanest records. Frequent background checks are conducted on them to ensure that the right man is selected for the job. Owing to his splendid performance, Jagdeep Singh was also selected as the CBI panel judge in 2016.

“Will the Ambulance Come Flying?” No Wait, Nothing to Worry in Justice Jagdeep Singh’s Presence!

Have you heard the story how Ram Rahim case’s judge Jagdeep Singh saved the lives of four people all by himself? In September 2016, Singh was on his way to Hisar from Panchkula when he stumbled upon a group of four people who had met with a fatal accident. Singh first called the emergency ambulance helpline number when an operator told him “Will the Ambulance Come Flying?”, and that was enough to awaken the godly nature of Jagdeep Singh. Without wasting any time, Singh stopped a private vehicle and took the injured people to the hospital without waiting for anyone’s help. Such is the charisma of the justice who stood true to his designation and became the saviour of the innocent souls.