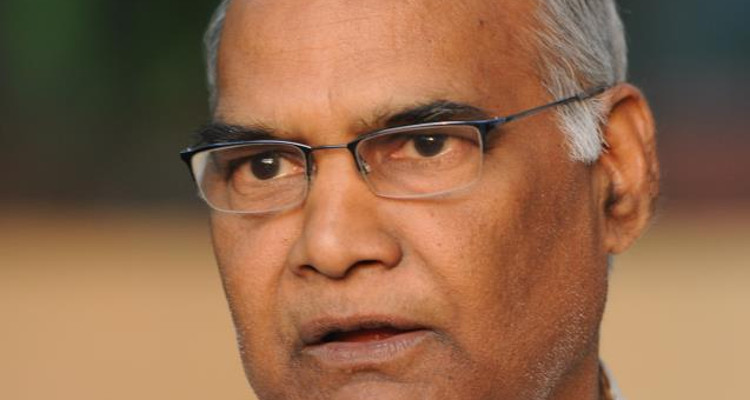 Ram Nath Govind was Known to Offer Free Legal Aid to the Weaker Classes of the Society!

Ram Nath Kovind’s caste is Dalit. He was born in Uttar Pradesh in the Kanpur district. Kovind was an educator by heart and loved civic science during his education. Ram Nath Kovind is a highly educated person. He acquired his law degree from a college in Kanpur itself, and further cracked the civil services examination. Having a mastery over the Constitution of India and a sense of compassion for the weaker sections of the society, the young Kovind started practicing law instead of joining IAS. He was a Central Government Advocate in the Delhi High Court from 1977 to 1979. Later on, he served as a standing counsel in the Supreme Court from 1980 to 1993. He became an advocate-on-record of the Supreme Court of India in 1978. Even when he was only an emerging lawyer, Ram Nath Kovind used to offer free legal aid to the poor. He was also known to fight cases against the violation of human rights of women. He was a strong supporter of the Dalit community.

Ram Nath Kovind was the Personal Assistant to the then Prime Minister of India, Morarji Desai!

Morarji Desai was the 4th Hon’ble Prime Minister of India. Guess who was his PA? Ram Nath Kovind! He served as the personal assistant to the Prime Minister from 1977 to 1978. Kovind is known to acquire immense knowledge about the politics in India from the then Prime Minister which led to a strong inclination to enter politics for the young lawyer.

Ram Nath Kovind joined BJP in 1991 as an attempt to enter politics and help the Dalit community. Kovind was the leader of BJP’s Dalit Morcha in the early 2000’s. He was also the  President of the All-India Koli Samaj.He was a very well known spokesperson.

He donated his ancestral home to the RSS!

After joining hands with BJP, naturally, Ram Nath entered RSS. He was known to be a staunch supporter of the RSS. He donated his family home in Derapur to the RSS. Now that is one huge sacrifice!

Yes, you read that right! 12 years! Kovind became an MP from the state of Uttar Pradesh in 1994. Kovind worked on the Parliamentary Committee on Welfare of Scheduled Castes/Tribes, Home Affairs, Petroleum and Natural Gas, Social Justice and Empowerment, Law and Justice. He was also the chairman of the Rajya Sabha House Committee. He completed his two terms in Rajya Sabha in March 2006. His main focus as an MP was to promote education in Rajya Sabha.

Ram Nath Kovind as the 36th Governor of Bihar…

Kovind has a very down to earth Personal Life. No controversies, no dirt!

Now we know why Amit Shah’s choice for the next President of India is Ram Nath Kovind. No controversies, no dirt! Kovind is a very senior and highly respected person in Indian Politics. Here is what Prime Minister Narendra Modi tweeted after meeting Ram Nath Kovind:

He is also a family man. Kovind is married to Savita Kovind. Ram Nath Kovind’s daughter is Swati and his son is Prashant Kumar.