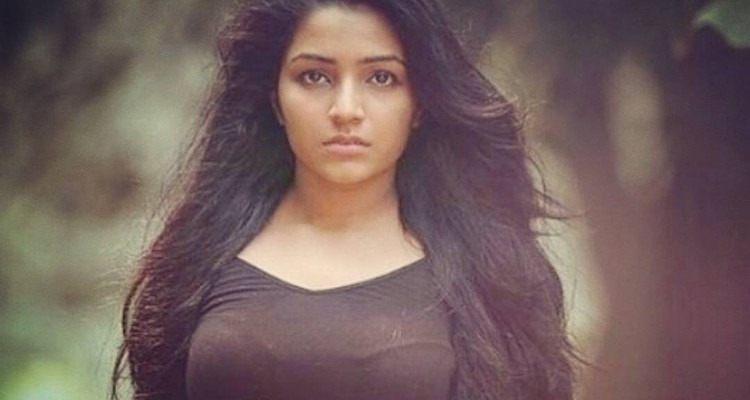 Rajisha Vijayan’s family is based in Kerala, India. Her father’s name is Vijayan and her mother’s name is Sheela. She completed her graduation in Mass Communication and Journalism at Amity University Noida, New Delhi.

She is a trained classical dancer

Rajisha had a keen interest in theatrics and arts right from her childhood. She always knew that she wanted to make a career related to media and dreamt of appearing on television since childhood. Her love for dance inspired her to take professional training in classical dancing.

She is a very popular Television Host

Rajisha already has a well-established fanbase thanks to the Television industry. Before foraying into Mollywood, she anchored many famous Television Shows. Some of them were 100% Love, Manasinikkare (travelogue), Ladies Only, and Surya Challenge. She also hosted Susi’s Code, a youth-centric programme and a musical chat show which gained a lot of popularity among the younger generation. Here is a list of shows she has anchored.

Rajisha’s first Mollywood role was Elizabeth a.k.a Eli in the 2016 Malayalam movie, Anuraga Karikkin Vellam. She won the Kerala State Film Award for Best Actress of 2016 for her role in that movie.

“I’m being flooded with messages, especially from youngsters, on how Eli inspired them to drop a message to their respective girlfriends, telling them how much they mean to them. Or, how they wished they had appreciated their girlfriends more. I am blown away by the response,” says the bubbly actress.

She will be appearing next in the comedy film, Georgettan’s Pooram which is scheduled to premiere on 24th March 2017.

With proper guidance from her co-star Asif Ali, Rajisha learned to drive a car. She used to drive on the sets with Asif keeping his hands on the handbrake in the case of any emergency.

She is a known for her natural acting, wit, and confidence

From theatrics to modeling to anchoring various Television shows, Rajisha has done it all. Confidence and charisma run in her veins. The director of her debut movie, Khalid Rahman, praised her for her flawless acting in his film and called her as a gifted actress.

In the recent times, there have been many new upcoming South Indian actresses, but Rajisha’s beauty and bubbliness have taken her to the top of the list. Rajisha is a beautiful young woman ready to earn her name in the Mollywood industry. She is well connected to her fanbase through social media. Rajisha’s Instagram is flooded with the young generation trying to reach out to her through comments on her hot photos. Her smile, confidence, and charisma are sure to take this newbie hotshot actress to the next level!