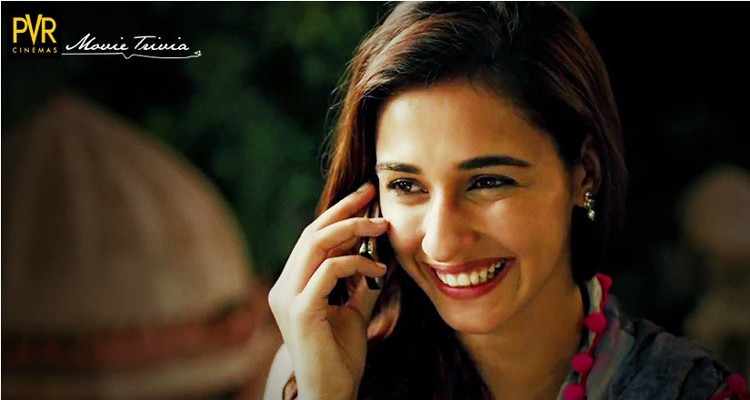 The year 2016 was a year of biopics. Movies like Dangal, Neerja, Sarbjit, Azhar, Raees, and Aligarh were a force to reckon with. But what was touted to be the most awaited biopic of the year was M. S. Dhoni: The Untold Story, the biopic of the captain of the Indian cricket team, M. S. Dhoni. The movie starred Sushant Singh Rajput as Dhoni, Kiara Advani as Sakshi Singh and the girl Indians are going crazy about, and yes you guessed it right, Disha Patani as Priyanka Jha. We all know who Sakshi is, but who is Priyanka Jha? Read on to find out more about Dhoni’s first girlfriend from Priyanka Jha’s wiki.

Priyanka Jha was the source of inspiration in Dhoni’s life. He had established himself as a good player at the state level but had a hard time trying for the coveted Indian team. During his trials for the Indian team, Priyanka supported him throughout his journey towards success. She was a guiding light who encouraged Dhoni in his tough times and lows. There’s no doubt that people want to know more about M. S. Dhoni’s first girlfriend after watching his biopic as the movie raised a great amount of interest among Indians. Here are some interesting facts about the woman behind the young Dhoni.

Priyanka and Mahendra Singh Dhoni Studied in the Same School

Dhoni came from a very simple and middle-class family background. A background where a Government job meant all the success in the world.  Totally opposite was Priyanka Jha, who had a fairly financially strong background. She and Dhoni studied in the same school, the DAV Jawahar Vidya Mandir, Shyamali. However, their dating timeline remains a mystery.

Priyanka Jha’s Real Photos are not available on the Internet

While many sources claim to have real pics of Dhoni’s first girlfriend Priyanka Jha, none of these sources provide the pics. As social media wasn’t popular in India in the early 2000s, it is almost impossible to find her pics on the Internet. Regardless of that, our hunt continues to find out more about Dhoni’s first love.

She Met with a Fatal Accident in 2002

Dhoni’s initial days with the Men in Blue weren’t very impressive. A series of lackluster performances almost made him lose his spot in the coveted Indian team. Despite a dismal form, Dhoni outshined in one of the matches of India A against Pakistan, where he helped India chase down 223 by scoring a much needed half century. This was a major boost for his career.

However, as his form continued to improve, a life changing moment occurred when the news of Priyanka’s death was announced. Priyanka died in a car accident in 2002. Dhoni was shattered by the loss of his lucky charm. Reports say that Dhoni stopped playing cricket and was in complete isolation for six months. Slowly he recovered from the tragic loss and post her death, Dhoni became the ‘Captain Cool’ we know today.

Her Character was played by Disha Patani in the Movie

Disha Patani made waves among Indians portraying Dhoni’s first girlfriend Priyanka Jha in his biopic. Her simple yet mesmerizing looks caught Indians by surprise and she continues to be one of the most popular celebs in Bollywood today.

Disha said in an interview “He (Dhoni) never talks about his personal life, but the movie will show his emotional bonding with Priyanka when he was yet to achieve the status of a celebrity cricketer.”

Dhoni and Sakshi studied in the same school. Sakshi was eight years junior to Dhoni. While we know about Sakshi and Dhoni’s love story. He living a happy married life with Sakshi and both have a daughter, Ziva. Reports claim that even after meeting Sakshi, Dhoni couldn’t forget Priyanka and she continues to be a major source of inspiration in his life.

It is really sad to know about Priyanka’s tragic story but how Dhoni transformed himself post hear death is no less than a miracle. Dhoni has been an idol for every Indian and we will continue to shower our love upon him.