Priyanka Chopra Likely To Be Meghan Markle’s Bridesmaid At The Royal Wedding! 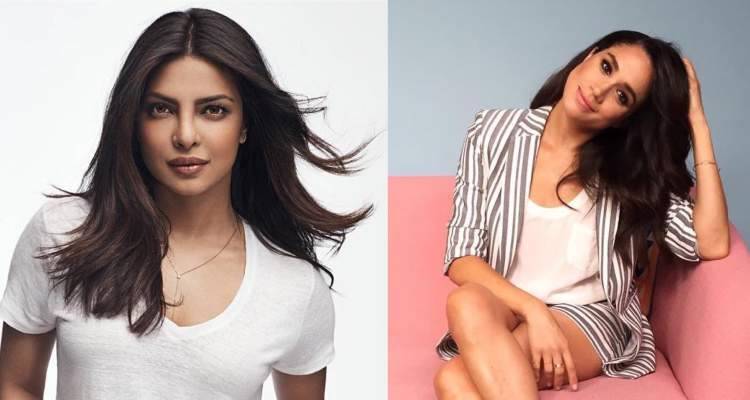 Priyanka Chopra and Meghan Markle share a special bond of friendship. They are practically like sisters. The Priyanka Chopra Meghan Markle duo met at a party in Toronto. While Markle was still shooting Suits, Chopra was busy with Quantico. Since then, they have been spotted together on multiple occasions. Be it shopping in Beverly Hills, partying in Malibu and a brunch in NYC, the two are always spotted together. Meghan Markle’s Instagram features a lot of photos of the duo hanging out together. Take a look at this one:

Here’s another Priyanka Chopra and Meghan Markle photo that will make you envy their sisterhood:

This gem. Thank you for the best day of girl talk @priyankachopra ? #thechipettes #collections #tiptoevoice with the amazing @mubinarattonsey

Talk about a date night? Check this out!

About last night. Thank you to my babe @priyankachopra for the best date night #Hamilton #NYC

Congratulations to my girl @meghanmarkle and Prince Harry!! I’m so happy for you Meg! You deserve the best always..keep smiling that infectious smile. Xoxo ??❤?

Reports suggest that Priyanka Chopra might be one of the contenders for the bridesmaid position in the royal wedding. Other contenders include fashion stylist Jessica Mulroney, tennis player Serena Williams and former Made In Chelsea star Millie Mackintosh! Who do you think will become Meghan’s bridesmaid? The Royal Wedding is scheduled for May 2018. Stay tuned to SocioFreak for the latest news about Priyanka Chopra, Meghan Markle, and the Royal wedding!