Prannoy Roy Wiki : All you Need to Know About the Founder of NDTV 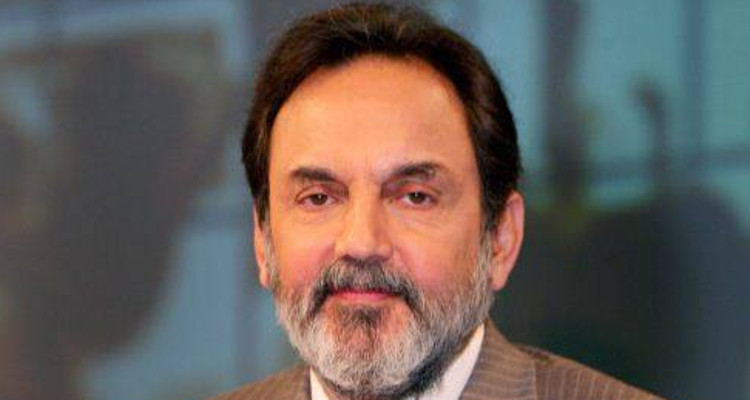 Prannoy Lal Roy is an Indian journalist and co-founder of New Delhi Television (NDTV) along with his wife Radhika Roy. With a net worth of ₹85 crore or $13 Million, Roy is the executive co-chairperson of NDTV. Find out more about him in Prannoy Roy’s Wiki.

Prannoy Roy was Born on 15 October 1949 in Calcutta

Roy’ father was the Chief Executive of the Indian unit of a British company.  His mother was a teacher. His father was Bengali and his mother was Irish. He completed his schooling from The Doon School in Dehradun. He got a scholarship to the Haileybury and Imperial Service College in the UK.  He became a British Chartered Accountant from the Institute of Chartered Accountants (England and Wales). Later he got a Ph.D. in Economics from the Delhi School of Economics.He Graduated with First Class Honours from Queen Mary College, London. Roy’s grandfather Paresh Lal Roy was a boxer. He was referred to as ‘The Father of Indian Boxing‘.

Roy was the lead anchor for India’s national television network Doordarshan. He was also the lead anchor for BBC World News’ Question Time India. He also hosted a few news programs that include The News Tonight and The World This Week. Prannoy Roy is the co-author of A Compendium of Indian Elections and India Decides: Elections 1952-1991” with David Butler.

Roy got married to his school friend Radhika Roy in 1972. The couple has a beautiful daughter named Tara Roy. Radhika Roy is also a journalist.

Prannoy is an Associate Professor at the Delhi School of Economics, where he developed a macro-econometric forecasting model for the Indian economy. He was a consultant for the India division of international accountancy firm PricewaterhouseCoopers. Roy was one of two Indians who served on the International Advisory Board of Council on Foreign Relations in 2009.

A case of Criminal Conspiracy was Filed against Roy in 1998

The CBI had filed the case against Roy for alleging fraud in Doordarshan upgrade. Roy and NDTV were found not-guilty and were cleared of all charges in 2013. The charges filed against Roy were Section 120-B of the Indian Penal Code (IPC) for criminal conspiracy and under the Prevention of Corruption Act.

Prannoy and his wife Radhika were accused by the banking fraud division of the CBI in 2014. The ED and Income Tax department have kept an eye on the news channel since then. On Monday, May 5, 2017, CBI searched Roy’s office and raided his house in connection with the bank fraud.