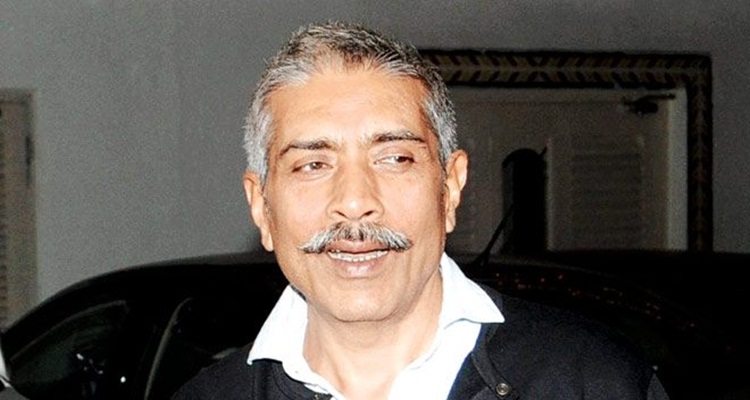 The owner of Prakash Jha Productions, Prakash Jha is also a director and a screenplay writer. He is famous for his political and socio-political films such as Raajneeti and Gangaajal. He is also the owner of the P&M Mall in Patna. He has also made a few National Film Award winning documentaries such as  Faces After The Storm and Sonal. He made his debut in acting with the movie Jai Gangaajal which was also directed by him. Find out more about him in Prakash Jha’s wiki.

Prakash was born in West Champaran, Bihar. He completed his schooling from Sainik School in Tilaya, in Koderma district and Kendriya Vidyalaya No. 1, Bokaro Steel City, Jharkhand. He joined the Film and Television Institute of India, Pune in 1973. He did a course in editing from the FTII which was unfortunately closed due to a student agitation. Leaving his course incomplete, he came to Mumbai and started his career in the film industry.

Prakash Jha made his First Documentary Under the Blue in 1975

Prakash Jha’s first documentary was Under the Blue in 1975. He made his debut in Bollywood as a director in 1984 with the movie Hip Hip Hurray. Later he directed the movie Dumal which was based on bonded labor in Bihar. He went on to direct and produce many films. He has directed a number of TV-shows which include Mungerilal ke hasin Sapne.

Jai Gangajal is inspired by a real life event which depicts the relationship between the society and the Police. It was also his acting debut. He portrayed a corrupt police officer B.N. Singh.

Prakash Jha has been a Recipient of Many National Awards

Deepti and Prakash got married in the year 1985. They decided to adopt a girl named Disha. Unfortunately, they got divorced in 2002.

Prakash has been Involved with Social Service with the Help of the NGO Anubhooti.

He is the chairman of the NGO Anubhooti. Anubhooti has taken a few development initiatives in Bihar. They have established a few health care centers and vocational training facilities throughout the state of Bihar. Anubhooti is a registered society which has been dedicatedly taking efforts for the cultural development, healthcare improvement, disaster management and the improvement of farmers and socio-economically backward people in Bihar since 1991.

Prakash Jha’s Upcoming Movie is Lipstick Under My Burkha

Lipstick Under My Burkha is directed by Alankrita Shrivastava and produced by Prakash Jha. The movie stars Konkona Sen Sharma, Ratna Pathak, Aahana Kumra and Plabita Borthakur in the lead roles. Sushant Singh, Vikrant Massey, Shashank Arora, Vaibhav Tatwawaadi and Jagat Singh Solanki are cast in the supporting roles. The movie is based on women’s fantasy above life. It has some sexually explicit scenes, abusive language, and audio pornography because of which the Central Board of Film Certification refused to certify the film. On October 14, 2016, the first teaser was released. The film premiered at the Tokyo and Mumbai Film Festivals. The movie received the Spirit of Asia Prize and the Oxfam Award for Best Film on Gender Equality.

Producers Prakash Jha and Ekta Kapoor will be seen on The Kapil Sharma Show on July 15, 2017, for the promotion of the movie Lipstick Under My Burkha.