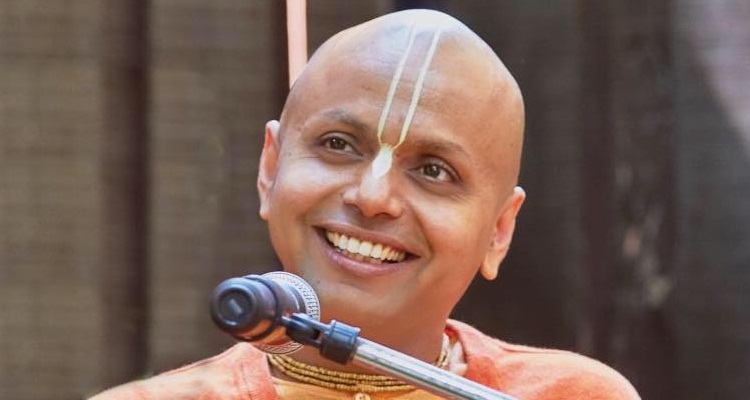 A disciple of His Holiness Radhanath Swami and a senior monk at the International Society of Krishna Consciousness (ISKCON) Mumbai, Gaur Gopal Das, is a highly qualified public speaker who has been speaking at various Institutions in India and globally for the past two decades. An Electrical engineer by profession, Gaur Gopal Prabhu is a visionary who has guided some of the most popular celebrities and corporate leaders. Here are a few interesting facts from his journey to achieve holiness from Prabhu Gaur Gopal Das’ wiki.

Gopal Das Prabhu was born in 1973. The details of his birthdate and birthplace are unknown. He got his Bachelor’s degree in Electrical engineering from the College of Engineering Pune in 1995. He worked at Hewlett-Packard for a short period of time and decided to become a monk and life coach. He joined the International Society for Krishna Consciousness (ISKCON) Mumbai in 1996.

Gaur Gopal Das has given many inspirational speeches at various prestigious colleges in India and abroad for the past two decades. He has been a mentor to leading doctors and medical professionals globally. He has guided the employees at many corporate giants like Infosys, Barclays, Bank of America, EY, Ford, Macintosh etc.

For his contribution in the fields of spirituality and inspiration, Gaur Gopal Das was crowned with the Super Achiever Award by Rotary International in 2016. His videos of TEDx events on youtube have been an inspiration to many young minds across the globe. Recently, when he visited London, he was invited to give a talk at the British Parliament. His Guidance and wisdom have led many people to think deeper and find solutions to difficult problems faced by them as well as humanity as a whole. He has given keynote speeches on thought provoking topics such as,

1.Conscious Leadership for a Gracious Future in which he further elaborated The significance of cultivating self-awareness and compassion in positions of leadership, Promoting the development of authentic working relationships in a diverse and global organization, Using mindful practices to enable a dynamic, inclusive and harmonious working culture.

Gaur Gopal Das’ recent Ted Talk was published on January 4, 2017. Gaur Gopal Das reveals the truth of life, that it is like a jigsaw puzzle and we can only experience completeness when all pieces are in their right place. He tells us to explore the dimensions of life and to combine them to make our life holistic and fulfilling. Take a look at it here.

He is the author of a few inspirational books such as Revival, Conquest, and Checkmate. He has been the keynote speaker at the World Kidney Day function with the likes of Shammi Kapoor and Shatrughan Sinha at Ravindra Natya Mandir on several occasions.

Here are some of Gaur Gopal Das’ Quotes

Stay tuned to find out more about his Inspirational Speeches and latest videos.