Parvathamma Rajkumar Wiki: Age, Family, Cause of Death and Facts to Know 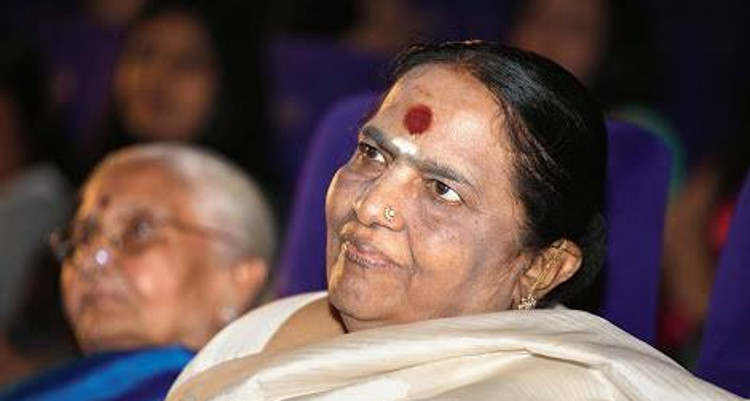 Today is a day to mourn for us all. Parvathamma Rajkumar, the wife of veteran actor Rajkumar passed away at 4.40 am on 31st May 2017. She had a cardiac arrest at Bengaluru’s MS Ramaiah Memorial Hospital at 4.30 am on Wednesday. Her three sons Raghavendra Rajkumar, Shiv Rajkumar and Punit Rajkumar were present at the hospital when she passed away.

Parvathamma was an Indian film producer and distributor. Films featuring Rajkumar and their sons Shiv Rajkumar, Puneeth Rajkumar and Raghavendra Rajkumar were produced by her under the name of Poornima Enterprises.  Malashri, Prema, Rakshita, Sudha Rani, and Ramya are some of the actresses who became famous from films produced by Poornima Enterprises. Find out more about her family, the cause of death and movies in Parvathamma Rajkumar’s Wiki.

Also Read:  Find out all you need to know about Sanath Jayasuriya’s third wife from Maleeka Sirisenage’s Wiki

Her parents were Appaji Gowda and Lakshmamma. She was their second born child of eight children. Singanallur Puttaswamaiah placed a silver coin in her bassinet and vowed to make her the wife of his son Rajkumar. She married his son Rajkumar on 25 June 1953. She was only 13 years old when they got married. They have three sons Shiva, Raghavendra and Puneeth, and two daughters Lakshmi and Poornima. Rajkumar died at the age of 77 on 12 April 2006.

Parvathamma produced more than 80 films in her lifetime

Parvathamma was the producer of many popular films that include Trimurthy, Haalu Jenu, Kaviratna Kalidasa and Jeevana Chaitra. She produced Anand, Om, Janumada Jodi. All these movies had Rajkumar as the lead actor. She also launched all three of her sons. Raghavendra Rajkumar was cast in the lead role in the movie Chiranjeevi Sudhakar, Nanjundi Kalyana, Swasthik and Tuvvi Tuvvi Tuvvi. Puneeth was seen in Appu, Abhi and Hudugaru.

Parvathamma died at the age of 77

Parvathamma was suffering from breast cancer. She was admitted to MS Ramaiah Memorial Hospital on 14th May 2017 for treatment. She was shifted to the ICU when she started to have difficulty in breathing on 17th May 1027. She was put on the ventilator to support her in breathing. She went into a cardiac arrest at 430 am on 31st May 2017. After a lot of efforts and treatments to revive her she did not respond and was pronounced dead at 4:40 a.m. on Wednesday. Her cause of death was declared to be Multiple Organ Failure.

We convey our heartfelt condolences to the family of Parvathamma Rajkumar. May her soul Rest In Peace.