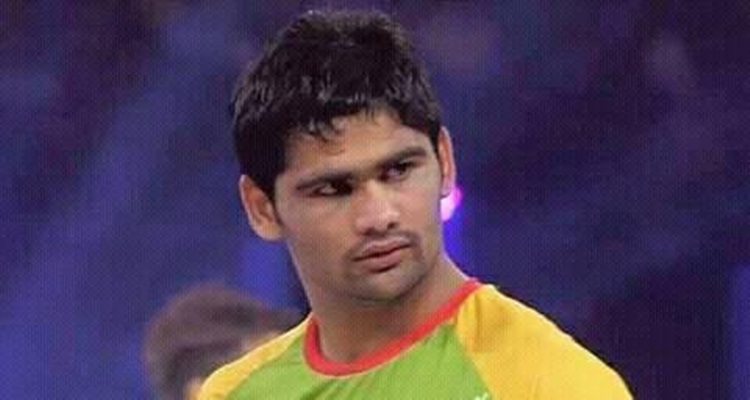 Using the Dubki, escaping from the clutches of the defender to take home full points, Pardeep Narwal has been the most successful player of the season three and four of the Pro Kabaddi League. What an amazing performance by the lead raider of the team Patna Pirates in the past two seasons. Pardeep’s agility along with the dubki has bewildered the defenders. How old is Pardeep? Where is he from? All your questions will be answered in Pardeep Narwal’s wiki.

Pardeep Narwal, age 20, was born on February 16, 1997, in Sonipat Haryana. He was born and brought up by his family in Haryana. Sonipat is often referred to as the Kabaddi capital of India. Pardeep started playing Kabaddi when he was so little that he cannot even remember. Though there are a few Pardeep Narwal’s photos available on the internet.

He was the leading raider of the third season of PKL. His performance throughout the campaign had proved to be an advantage point to the Patna Pirates. But his super-raid against the Puneri Paltan in the semi’s was the highlight of the entire season. During his super-raid, all of the defenders of Puneri Paltan pounced on him to end his charge, but the acrobatic raider showing a lot of skills, managed to put his leg across the line and got an all-out on the Paltan ensuring the Pirates were placed in the finals. This remarkable play by the strong-willed player is regarded as one of the finest moments in PKL history.

Pardeep proved to be a big asset for the Patna Pirates in the fourth season as well by scoring 100 raid points for the team. He was awarded the Most Valuable Player of the season. Looking at his splendid performance in the first couple of seasons of the PKL, he was selected into the national team for the Kabaddi World Cup. India defeated Iran 38-29, to emerge victorious for the third time in the Kabaddi World Cup held in 2016.

A key player for the Patna Pirates, Narwal is now the captain of the team. He has proven to be a big asset for the team for two consecutive years.  Will he be able to lead the team to victory and defend their title for the third consecutive year? Stay tuned to find out!

A skilled player and a fantastic sportsman. SocioFreak.com wishes Pardeep all the luck for the Pro Kabaddi League 2017.