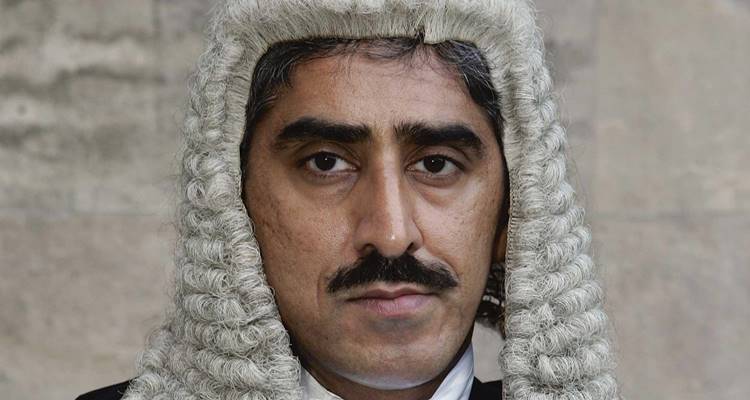 With the Kulbhushan Jadhav case going India’s way temporarily, there’s a sigh of relief and a moment to cherish for all the Indians, thanks to the legendary Harish Salve! And if that wasn’t enough to impress us, Harish took a meager sum of ₹1 to fight the case. But his opposition in the ICJ is another stalwart, Khawar Qureshi, a lawyer who practices in England and is one of the most trusted men in the law industry to get the job done. Here’s Khawar Qureshi’s wiki with some interesting facts about Pakistan’s defense.

After the Kulbhushan Jadhav row, a stunning revelation from WION News has claimed that the UPA Government had hired barrister Khawar Qureshi, Pakistan’s defense in the Kulbhushan Jadhav case in 2004. The report further says that he was recommended by the law firm Fox Mandal for the Dabhol case. Khawar Qureshi has been in the news for quite some time now and we have got all the scoop on him right here!

Qureshi graduated with an LLB degree and later went on to complete LLM from Cantab, the University of Cambridge with First Class Honors. Khawar was called to the Bar (Middle Temple) in 1990. Given his profound knowledge about law along with such successful practicing, it comes as no surprise that he was awarded the Middle Temple Colombos Public International Law and Middle Temple Public Law prizes during his career.

In October 2006, Qureshi was appointed as the Queen’s Counsel. Getting the opportunity to represent the Royal family, in itself is an honor and not an easy task. With his commendable skills, he was won many cases throughout his career which has earned him a name which is considered as one of the most powerful people.

While Qureshi has many laurels to his name, his career high was when we became the youngest lawyer ever to appear at the ICJ as a counsel to Bosnia in the Genocide case against Yugoslavia (before independence). Qureshi is a very accomplished lawyer having advised on matters involving more than 80 different jurisdictions around the world. He is a force to reckon with when it comes to legal matters.

He is a Professor and an Emphatic Writer

Qureshi always had a keen interest in teaching. His first teaching stint came back in 1989 when he was appointed to the post of visiting lecturer in Commercial Law at the University of Cambridge, which is one of the most prestigious universities in the world. He taught at Cambridge till 1993. From 1995 to 2002, he took up the post of visiting lecturer in PIL at the King’s College, London. He has also taught Commercial Law at the London University from 2006 to 2013. He has a vast experience in the field of teaching having taught many complicated subjects throughout two decades.

Qureshi takes a keen interest in writing. He has published research papers which provide solutions to some of the most complex legal issues.

It is being that he charged Pakistan £720,000 for the Kulbhushan Jadhav Case

There was a rumor that Qureshi had charged a whopping £720,000 to fight against India at the ICJ. However, he was furious about these allegations and squashed the rumors by saying this was “nonsense.” He went on to add that he took a 30 percent reduction in his regular fees and bared the cost of his two assistants to himself. The truth about Khawar Qureshi’s fees will remain a mystery for us until we hire him ourselves. (pun intended!)

While we want our dear Kulbhushan to come back safely, Qureshi stands against that. Stay tuned to SocioFreak to know what happens next!