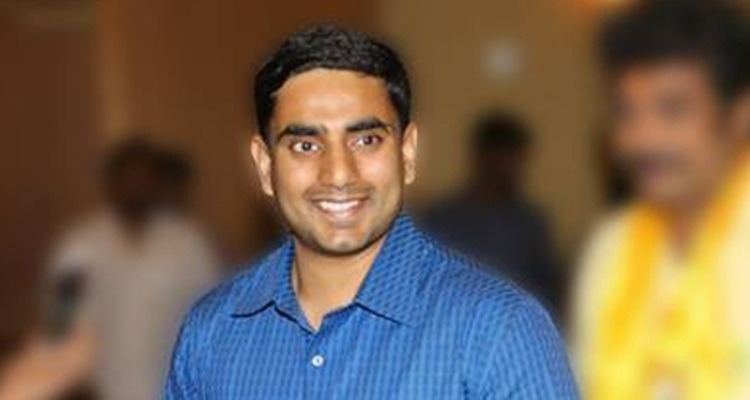 Nara Lokesh is an Indian Politician and businessman born in Hyderabad, Telangana. A man with extremely high qualification, Nara Lokesh is the son of Andhra Pradesh Chief Minister Nara Chandrababu Naidu. He is the Cabinet Minister for Information Technology, Panchayati Raj and Rural Development in Andhra Pradesh. Find out all you need to know about the politician in Nara Lokesh’s Wiki.

Nara Lokesh was born on 23rs January 1983. He is the only son of Chandrababu Naidu. His mother is Bhuvaneswari. He is the grandson of former Chief Minister N.T. Rama Rao. In 2007, Lokesh married his maternal cousin Brahmani, daughter of Indian film actor and politician Nandamuri Balakrishna.

The 34-year-old Lokesh has an MBA from Stanford University Graduate School of Business and Bachelor of Science with specialization in Management Information Systems from Carnegie Mellon University.

With the help of NTR Memorial Trust, Lokesh is developing programs on Healthcare, Education, Skills Enhancement and Disaster Management. His initiatives are focused towards improving the lives of unprivileged Indians.

To provide the poor with better access to medical care, deliver efficient health care services at the doorstep when in need, and expand it both in rural and urban areas, Lokesh has taken some major steps. He is designing the Trust’s health care program for this purpose.  He has organized a few blood donation camps, health camps, mobile clinics and eye care camps.

Currently, the NTR Trust’s educational Program operates in two ways, through its own model schools, and by sponsoring children at other schools. Lokesh’s idea is to provide opportunities to the children of less privileged segments, develop talent and skills, which will expand the scope of the program.

The disaster response program of the Trust operates in times of natural calamities. This involves ensuring speedy and smooth execution of the relief measures through a hierarchy of coordination committees

Each active member of the party will get a personal insurance cover of Rs two lakhs in case of a fatal accident, Rs two lakhs for permanent disability, Rs one lakh for the partially disabled, and Rs 50,000 in the case of accidental injuries.

He helped TDP develop the Cash Transfer Scheme for their manifesto in the 2009 elections. The TDP proposal was criticized by Congress, but Lokesh claimed in January 2013, that Rahul Gandhi and Congress’ later development of the Direct Benefit Transfer System derives from the TDP proposal.

Nara Lokesh was once Referred to as ‘Pappu’

YSR Congress Party MLA, Roja came down heavily on TDP general secretary and AP CM Chandrababu’s son Nara Lokesh by terming him as ‘Pappu’.“Chandrababu is resorting to buying MLAs in Andhra only to make Pappu as CM,” she said. ”The entire country is at Chandrababu’s corrupt ways. He brought disrespect to the state with his corrupt practices,” she added.