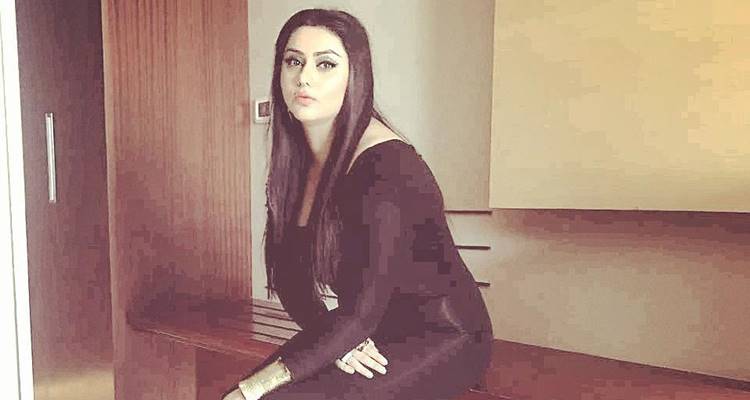 Namitha was the last contestant to enter Kamal Hassan hosted Big Boss Tamil. Since her entry, she has sparked an outrage among her fans who have been constantly searching for Namitha’s husband and kids. To provide the most interesting facts about Namitha’s family and life, here’s our Namitha wiki.

Namitha, age 36, was born on May 10, 1981. Namitha’s height is 6 ft. 2 inches which is rarely seen among Indians, leave alone Indian women. She carries her tall stature very elegantly. By now, I am sure you want to know if Namitha is married or not. Continue to read more about the truth of her marriage.

Namitha was born to a Punjabi family in Surat, Gujarat. Her father Mukesh Vankawala, is a businessman and her mother is a homemaker. Her mother’s name is unknown. She also has a brother named Nevil Vankawala. She was brought up in Mumbai and was a swimming coach during her youth. She has completed her graduation in English majors.

Namitha is not Married!

The internet is going crazy with the searches for Namitha’s husband and Namitha’s marriage pics. But we are sad to let you guys know that Namitha is not married and is probably even single! This will cheer up all the Namitha fans!

She was Crowned Miss Surat in 1998

Namitha won the Miss Surat pageant in 1998. This proved to be a stepping stone in her glamorous career.

She was the Fourth Runner-up of Miss India 2001, which was won by Celina Jaitley

In 2001, Namitha participated in the Miss India contest. However, with the likes of Celina Jaitley, Namitha managed to get the fourth runner-up spot in the contest. But this didn’t stop her from becoming a star she is today. Namitha’s Miss India success was just the beginning of her illustrious career in the fashion and modeling world.

Namitha’s Miss India fame gave way to numerous opportunities for her and she was featured in a series of product advertisements. There was a time when Namitha was the most trusted celebrity among the South Indian circuit. Namitha has been seen in many Television commercials including the likes of Arun Ice Creams, Nile Herbal Shampoo, Manikchand Gutkha and many others.

Namitha’s entry into modeling lead on to movie offers. Her acting debut was with the Gemini, but her second movie Sontham was released before. Namitha gained success after the release of Engal Anna which starred superstar Vijayakanth. She debuted Bollywood with Love Ke Chakkar Mein which released in 2006. She has acted in 43 movies till date.

She is an Avid Reader

Namitha likes to read in her free time and loves novels and comic books. Sidney Sheldon is her favorite author.

A Fan Once Tried to Kidnap Namitha!

Oh yes, this is true! Well given her beauty anyone would fall in love with her. But kidnapping? Isn’t it going a bit (not a bit tbh!) too far mate?

Apart from acting, Namitha loves to work out and is actively involved in sports. She is a double black belt holder in Karate and a professionally trained swimmer. She also loves to dance and play badminton.

Well, I am sure you have waited for this a long long time! So without wasting any more time, here are Namitha’s sexiest pics:

She’s Coming for You

Sexiness Isn’t about Being Naked