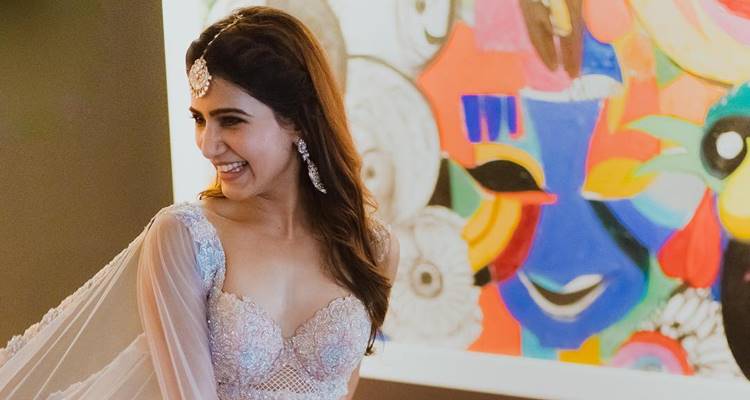 Are you searching for Naga Chaitanya and Samantha marriage photos? Well, Naga Chaitanya and Samantha’s wedding has gained humongous attention from the media as well as fans. Samantha’s gorgeous looks have always left us spellbound! But the news of her marriage has left many hearts broken. The couple were so much in love and couldn’t wait to get hitched. We are equally happy to see the couple share a special bond take their relationship to the next level.

To know more about Samantha and Naga’s marriage, keep on reading.

Samantha’s Wiki: How Did the Successful Actress Reach the Peak of Glory?

Samantha’s current age is 30 and she was born on April 28, 1987. Samantha is popular model and actress and has made quite a name for herself in the Tamil and Telugu industry. Samantha completed her schooling from the Holy Angels Anglo Indian Higher Secondary School. Later, she graduated from the Stella Marris College in Chennai and completed a Bachelor’s degree in Commerce. She entered the fashion industry at a young age during her college days and soon entered the film industry. One of her most remembered assignments was working with Naidu Hall, which played a crucial part in her breakthrough as she was spotted by filmmaker Ravi Varman during this assignment.

Samantha’s mother has Malayali roots and her father comes from Telugu ancestry. Her mother’s name is Ninette and father’s name is Prabhu. She has two elder brothers named Jonathan and David. She is the youngest child in her family. Samantha Prabhu’s parents played a huge part in her successful career by encouraging her and are proud that their daughter has become a household name.

Samantha’s acting career started with the 2010 hit Ye Maaya Chesave. This was her first movie with her hubby Naga Chaitanya, did they ever think they would be together in real life too? That’s not all, Samantha also won the Filmfare Award for the Best Telugu Actress for the film!

Samantha’s next big project was Dookudu which came out in 2012. Dookudu is considered one of the most successful movies in the Telugu industry and stars Mahesh Babu as the lead alongside Samantha. In 2012, Samantha again stunned the audience with her stellar performances in Neethaane En Ponvasantham (2012) which was made in Tamil and Eega (2012) which was Telugu. She is the second actress to win the Filmfare Award for Best Tamil Actress and the Filmfare Award for Best Telugu Actress in the same year, quite remarkable!

Till date, Samantha has acted in more than 40 movies with eight movies which are scheduled to release in the coming of years.

It’s not hard to find Samantha’s photos as she is seen in almost every other commercial. Her gorgeous looks have captivated the audience and kept them glued to their screens at any time of the day! Such is the charisma of the diva! Samantha’s Instagram profile is full of her ravishing photos and we couldn’t just get enough of her!

Being a celebrity, Samantha enjoys a lot of luxuries in life from her endorsements, product launches, movies etc. But what makes her different from the rest is that she believes in sharing her success and achievements with the underprivileged. For this, she started her own charitable trust named Pratyusha Support in 2012. Initially, the trust provided medical assistance to women and children with the help of three doctors who were her friends. And what’s more surprising is that the whole initiative was funded by Samantha! She has proved the saying “Happiness is Giving” true, hasn’t she?

She has made several donations including a donation of ₹30 lakhs during the Chennai flood relief programme. She also volunteered for the Handloom people of Telangana and Andhra Pradesh. Due to her efforts, she was chosen as the Brand Ambassador for the Telangana Handlooms.

Samantha and Naga tied the knot on Friday, October 7, 2017 in the presence of family and friends. The couple’s wedding ceremony was a much-awaited one and fans are still searching for Samantha-Naga’s wedding photos. Here are the best pics from the sacred ceremony:

People love Samantha and watching her movies. It’s been a dream journey for the South Indian starlet who came from nowhere and won the world. People are already saying that her career will go down as marriages are dangerous for the film industry. We want to see more of our beloved Samantha, life would be incomplete without her performances. We wish her all the best for her married life with Naga and her career in the years to come! Stay tuned to SocioFreak for more such updates.