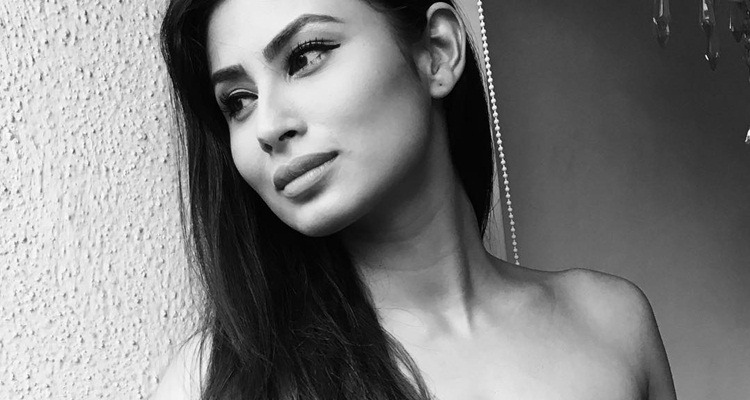 Mouni Roy is an Indian actress and Model known for her roles of Krishna Tulsi in ‘Kyunki Saas Bhi Kabhi Bahu Thi’, and Sati in ‘Devon Ke Dev-Mahadev’. She was a contestant and finalist on ‘Jhalak Dikhla Jaa’ in 2014. She is currently famous for her double role in Ekta Kapoor’s supernatural series ‘Nagin’. Find out more about her in Mouni Roy’s Wiki.

Who is Mouni Roy?

Mouni Roy was born on 28 September 1985 in Cooch Behar, West Bengal. Mouni’s height is 5’6’’ and her weight is 112 lbs. She completed her schooling from Kendriya Vidyalaya in Baburhat, Cooch Behar.  She completed her graduation in English honors from the University of Delhi and also a course in Mass communication. Her father, Anil Roy was a Superintendent and her mother, Mukti Roy, was a Teacher. She did her Television debut with the daily soap ‘Kyunki Saas Bhi Kabhi Bahu Thi’. Given her fame and popularity among Indians, her salary and net worth are unknown.

Mouni Roy was first seen in Ekta Kapoor’s daily soap ‘Kyunki Saas Bhi Kabhi Bahu Thi’. She then participated in ’Zara Nachke Dikha’ along with Karishma Tanna and Jennifer Winget. Mouni was declared the winner of the first season. Mouni then starred as Shivani in the series Kasturi. In 2009, Mouni participated in ‘Pati Patni Aur Woh’ along with Gaurav Chopra. In 2010, she was seen playing the role of Roop in ‘Do Saheliyaan’. From 2011-2014 Mouni became famous for her role in mythological series Devon ke Dev-Mahadev. During that time period, she also played the role of Meera in Life Ok’s ‘Junoon’. In 2014, Mouni participated in the seventh season of Jhalak Dikhhla Jaa, which aired on Colors. She also made it to the finals of that season. In 2015, Mouni starred in Ekta Kapoor’s super natural series, ‘Nagin’, playing the role of Shivanya opposite Arjun Bijlani and Adaa Khan. She also hosted the dance show ’So You Think You Can Dance’ along with Rithvik Dhanjani on &TV. Currently, she plays a double role in ‘Nagin’ Season Two.

Who is Mouni Roy Dating?

If reports are to be believed Mouni Roy’s current boyfriend is television star Mohit Raina. Neither of them has officially accepted their relationship in public but, they have been spotted together many times. They first met was on the sets of ‘Devon ke Dev-Mahadev’. Back in 2014, there was a rumor that they would tie the knot in 2014, but Mohit denied it. In one interview, Mouni did mention that she loves everything about Mohit, he is hardworking and dedicated. But she did not accept their relationship. The affection seems to be obvious though. Apart from Mohit, she was also rumored to be dating Gaurav Chopra.