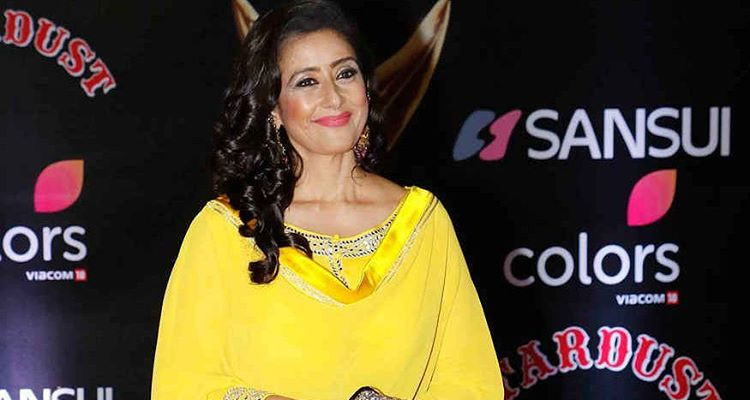 The latest Kapil Sharma Show witnessed a historic meeting of Sumona Chakravarti and Manisha Koirala after 18 long years! The duo had acted in the 1999 movie Mann and hadn’t been in contact since then. The show has witnessed many such gala get-togethers and Kapil definitely knows how to spin them around. Here’s what Sumona tweeted about Manisha Koirala in Kapil Mishra Show:

How time flies…
Year ’99 when i worked wit u in Mann & now after 18yrs… @mkoirala it was absolutely lovely meeting u again???#TKSS pic.twitter.com/al7s9i2q5K

Manisha Koirala’s upcoming movie Dear Maya is scheduled to release on 2nd June 2017. The actress is an epitome of elegance and charisma. She is one of the most acclaimed actresses in Bollywood. Manisha has been in Bollywood for more than 2 decades and she still manages to keep her fans aghast! Some might say she is not commercially viable but her excellence as an actress remains unquestioned. After watching her on The Kapil Sharma Show, I knew I had to write about her. With layers of editions and improvements, SocioFreak has brought to you literally everything there is to know about Manisha Koirala’s wiki and latest news about her upcoming movie, Dear Maya.

Disclaimer: Check Out Manisha Koirala’s Hot Pics in the end!

From Nepal to Mumbai and from Hopes to Dreams. A life worth living for…

Manisha Koirala’s family is from Kathmandu, Nepal. The Koirala family has well-established prowess in politics. Some might even say that the Koirala’s were the rulers of Nepal in the 80’s and 90’s. Her father, Prakash Koirala is the former Minister of Environment, Nepal. Manisha’s grandfather, Bishweshwar Prasad Koirala, was the Prime Minister of Nepal during the late 1950’s and 1960’s, as were two of her great-uncles, Girija Prasad Koirala and Matrika Prasad Koirala. Despite having such a powerful political background in Nepal, the Koirala children never pursued politics. Manisha’s brother Siddharth Koirala is also an actor. Manisha spent her early life in India at her maternal grandmother’s house in Varanasi. She later moved to Mumbai to pursue a career in acting. She had no political aspirations what-so-ever.

Also Read: 5 Facts about Rustom Pavri Case That are NOT shown in the Movie!

She was never a Princess. She was always a Queen. She could handle things on her Own!

Manisha completed her education in Varanasi while living away from her family with her maternal grandmother.  She studied at Vasant Kanya Mahavidyalaya until Class X. Later on, she moved to Delhi to pursue her dream of becoming a doctor. She studied at the Army Public School (APS) of Dhaula Kuan, New Delhi campus. Manisha often says that India isn’t her second home, it’s her only home. It molded her into becoming a self-dependent, strong and confident woman. Having inclination towards arts and theater, Manisha went on to pursue a diploma in filmmaking from the New York University.

We see a handful of stars using their influence for social causes. Manisha is definitely amongst them!

Manisha was hugely involved in the relief operation after the devastating earthquake in Nepal in 2015. She has been participating in a variety of social causes for many years. She is at the forefront when it comes to promoting gender equality and cancer awareness. Koirala was diagnosed with ovarian cancer in 2012 and she had to take a break from her acting career. She successfully recovered from cancer in 2015. She then returned to acting immediately with the psychological thriller Chehere. Manisha Koirala was also the Goodwill Ambassador for the United Nations Population Fund in 1999 and 2015.

Manisha has very Bad Luck when it comes to Relationships

Manisha has never had a successful relationship. She was married to the business tycoon of Nepal, Samrat Dahal. Her marriage to Dahal had left the world shocked due to the age difference between them. Koirala was almost seven years younger to Dahal when they got married. They had a nasty divorce two years later when Manisha posted on her Facebook saying “My husband has become my worst enemy!” Manisha’s dreams of having children were crushed.

Before her marriage with Samrat Dahal, Maisha was in a relationship with the Australian ambassador to Nepal, Crispin Conroy. Due to commitment issues, Koirala canceled their engagement.

The Battle with Cancer!

Manisha was diagnosed with ovarian cancer in 2012. She went to the US for the surgery and chemotherapy. Despite the struggle, Manisha never lost contact with her fans. She was well connected with all of them through Twitter and Facebook. After a long-lasting battle of almost three years, Manisha tweeted that she had completely recovered from cancer. When asked about her future plans Manisha said, “All I want to do from now onwards is to be useful to people who could need a little advice.” It was the beginning of her career as a motivational speaker.

Two Decades of Acting and Millions of Worshipers around the Globe! Here are Manisha Koirala’s movies for you:

Finally! Here are 5 Sexiest Photos of none other than Manisha Koirala!

Manisha Koirala’s hot pics remain one of the most trending searches Google has witnessed. Why do you ask me? Check out these 5 elegant images of Manisha Koirala’s Instagram which will answer that question, guaranteed!

Her Smile says it all!

Beauty is Grandeur applied on the Face!

She always wears an Invisible Crown!

Manisha is currently working on a variety of social causes. She has become a motivational speaker for many MNCs, schools, and hospitals. Her speech in 2016 on “Transformation” at Mercedes-Benz India in Pune was applauded by one and all. She also gave a speech on “Importance of Being Mindful Living” at Cipla in Goa. Here’s Manisha Koirala’s speech on “How to find meaning when reality hits you!” from TEDx, Jaipur:

Have a nice day and don’t forget to stay tuned to SocioFreak for the latest news about Manisha Koirala in Dear Maya.