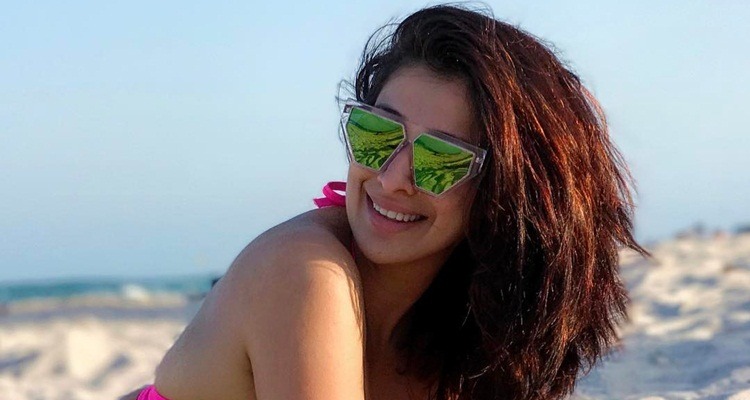 Laxmi Rai, also known as Raai Laxmi is an Indian actress and model known for her work in Telugu, Malayalam, Tamil and few Kannada films. Raai Laxmi has been in gossip for her bikini photo’s on Instagram. She made her debut in Tamil Film’s at the age of 15, with the film Karka Kasadara. She made her Bollywood debut with the film Akira in 2016. Find out more about her in Lakshmi Rai’s Wiki.

Raai Lakshmi was born on 5 May 1989 in Belgaum, Karnataka

Raai Lakshmi was born on 5 May 1989 in Belgaum, Karnataka. Her father is Ram Rai and her mother is Manjula Rai. She has two sisters Ashwin Raai and Reshma Raai. She is very close to her family.

She made her debut in Tollywood at the age of 15

Raai Lakshmi made her debut at the age of 15 in the Tamil film Karka Kasadara. Later, she appeared in a number of Tamil movies. She appeared in the comedy film Kundakka Mandakka opposite R. Parthiban. She was also a part of Perarasu’s action-masala flick Dharmapuri, and the romance film Nenjai Thodu. In 2008, she portrayed herself in the drama film Velli Thirai. She appeared in the action thriller Dhaam Dhoom directed by Jeeva for which she received positive feedback for her portrayal of a lawyer. She won her first Filmfare Award nomination in the Best Supporting Actress category for the same. She appeared in three Tamil films in 2009, Muthirai, Vaamanan and Naan Avanillai 2.

She made her debut in Malayalam Cinema in 2007

She made her debut in Malayalam in 2007, starring in Rock & Roll opposite Mohanlal. Later she did several successful films such as Annan Thambi, 2 Harihar Nagar, Evidam Swargamanu, and Chattambinadu. In Vaamanan, she played a glamorous supermodel. Her hot pics from Vaamanan spread like wildfire over the Internet.

Raai Lakshmi’s 2011 release Christian Brothers, was a huge commercial success. Later she did the Tamil comedy horror Kanchana. She also appeared in the Venkat Prabhu directed action thriller Mankatha, opposite Ajith Kumar. Her character in Mankatha received positive criticism. Both films were huge financial successes. She was signed on to portray the same role in Kanchana’s Kannada remake.

Her latest releases include Arabiyum, Ottakavum, and P.Madhavan Nairum. All three turned out to be commercial successes. Her 2014 films were Aranmanai and Irumbu Kuthirai in Tamil, Rajadhi Raja in Malayalam and Shrungara in Kannada.

Raai Lakshmi dated the captain of the Indian Cricket Team

Back in 2009, M.S. Dhoni was Raai Laxmi’s boyfriend. They dated for some time in the same year and broke up. Raai Laxmi mentioned in an interview that it has been many years since they broke up but people don’t let it go. She mentioned that her relationship with Dhoni is a scar which won’t go away. She also said that she has been in 3 to 4 relationships after Dhoni but people don’t seem to notice that.

Raai Lakshmi was rumored to be dating Vikram Singh. They were often seen together at parties. Some sources said that there will be a wedding.

If sources are to be believed she is currently dating Veer Ayan who is the ex-boyfriend of Pooja Bedi.

She filed a case against a popular Tamil weekly magazine

The actress posted on her micro-blogging site that she is not going to take rubbish anymore which will affect her image and personal life and that it is high time to take some action. Justice R Sudhakar granted the injunction and passed interim orders on an application arising out of a civil suit from Lakshmi Rai praying for a direction to the weekly and its reporter to pay Rs 30 lakh towards damages for publishing articles in its issues.