Kanwar Pal Singh Gill Wiki: Case, Daughter, Son, Wife, Cause of Death and 5 Facts to Know about the DGP of Punjab Militancy! 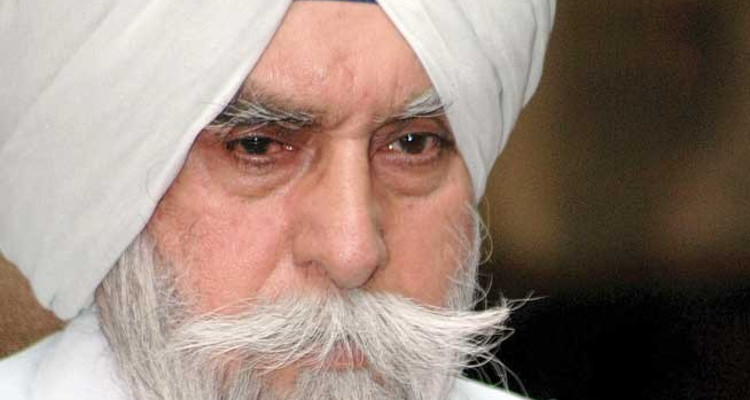 Known as the “Lion of Punjab” and a “Super Cop”, Kanwar Pal Singh Gill’s death has left a hole in the heart of Indians. Kanwar Pal Singh Gill served as the Director General of Police (DGP) of Punjab twice during his tenure of 37 years. A heavy voice and a growing stance made Gill one of the most respected as well as feared DGP of Punjab. He was responsible for bringing a swift end to the Punjab insurgency which lasted for a whole of 11 years. He is also credited for quite a few high-risk operations. He was true to his name; the Super Cop of Punjab! Here are five facts to know from Padma Shri KPS Gill’s wiki with details about his family and cause of death:

A Sportsman, Author, Editor and a Speaker, KPS Gill had a Dynamic Personality!

Kanwar Pal Singh Gill is known to have a gentle charismatic side too! He loved to read books and is known to have authored the book, Punjab, the Knights of Falsehood. He also edited the 2001 book Terror And Containment: Perspectives on India’s Internal Security with Ajai Sahni and also co-authored the book The Global Threat of Terror: Ideological, Material & Political Linkages with Sahni. He was the president of the Indian Hockey Federation (IHF). He was also the best known Advisory President to Institute for Conflict Management.

Also Read: These Facts about Yogi Adityanath will leave you stunned!

Kanwar Pal Singh Gill was known as the Lion of Punjab!

KPS Gill started his career when he joined the IPS in 1958. He was assigned to the states of Assam and Meghalaya. He later moved up a rank to become the Inspector General of Police of Assam. Gill served as the DGP of Punjab from 1988 to 1990. Due to his heroic actions and commendable initiatives, he was called as the Supercop! He retired from the Indian Police Service in 1995.

Also Read: How has the Death of Anil Madhav Dave affected BJP?

Gill was known for his disobedience of protocols when fighting for justice. He was harsh, bold and fearsome. He believed that certain situations require a person with a heart of steel rather than someone who would turn his face from the situation in the name of the law. Due to such bleak approach of looking at things, Gill was surrounded by controversies. Here are some controversial situations where Gill was involved:

How old was Kanwar Pal Singh was he? How did he Die?  What about KPS Gill’s Family?

Kanwar Pal Singh Gill died due to a cardiac arrest on 26th May 2017. He was 82 years old at the time of his death. He was also suffering from acute kidney failure and a heart disease. Very less is known about KPS Gill’s family. He has a wife, son and a daughter.

SocioFreak pays tribute to the Lion of Punjab, Kanwar Pal Singh Gill. May his soul rest in peace! Jay Hind!