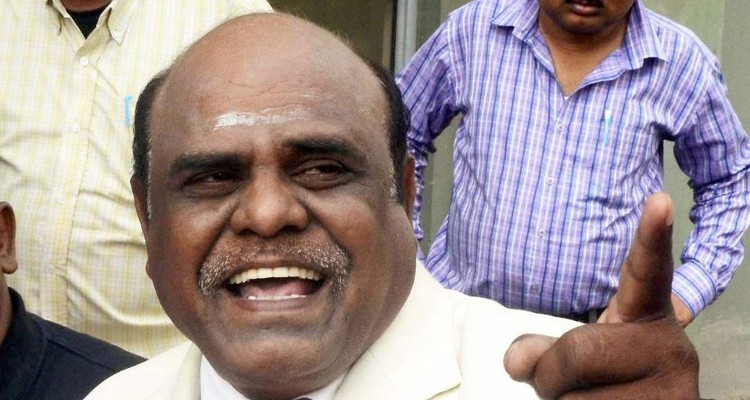 Justice C.S. Karnan of the Calcutta High Court has been dragged into yet another controversy. Just a couple of days after the Supreme Court ordered a medical examination of Karnan, heh as today ordered the issuance of non-bailable warrants against seven judges of the Supreme Court, which also includes the Chief Justice of India. But who is this man surrounded by controversies? Why is he creating so much buzz around us? Answers to all these questions and much more are present here in Justice Karnan’s wiki.

Justice Karnan Belongs to a Family with Good Educational Values

Justice Chinnaswamy Swaminathan Karnan popularly known as Justice Karnan was born on 12th June 1955 in Karnatham village of Cuddalore district of Tamil Nadu, India. His father was a much-respected teacher and was also a President of India awardee, for being a good teacher. His late mother Kamalam Ammal was a housewife who actively took part in her children’s academics.

Nothing is known about Justice Karnan’s wife or kids as his personal life remains a secret.

Karnan completed his High School education the Mangalampet High School and completed his pre-university course from Virudhachalam Arts College. He graduated with a degree in B.Sc. from New College, Chennai. Along with his primary education, he also took up studying Law at the Madras Law College and graduated in 1983. Soon after graduating, he enrolled as an Advocate before the Bar Council of Tamil Nadu and started practicing in the civil sector. While practicing law, he was selected as a legal adviser for the Metro Water, Government Advocate in Civil Suits and also Standing Counsel for the Central Government. Such a remarkable feat is yet to be achieved by any other Judge. He also actively participated in NCC and NSS during his studies.

In 2011, he complained to the NCSC about Being a Victim of Caste Discrimination for being a Dalit

This was the first time, Justice Karnan came into the national spotlight. Karnan alleged that his fellow judges were harassing him on account of being a Dalit. The, then chairman of the National Commission for Scheduled Cast, P.L. Punia forwarded his complaint to the Chief Justice.

One of the most historic events in Indian Judicial System is Justice Karnan challenging his own transfer! A High Court Judge has never appeared in front of the Supreme Court Judge to fight against his transfer!

He once made a Bizarre Statement by saying if a Man and a Woman Have Sex & if she Gets Pregnant, They Should Consider Themselves Married

In yet another controversial statement, Justice Karnan issued a ruling that if a couple has sex, then they should consider themselves married! Yes, he said that! Imagine what a tsunami of controversies that might have caused!

On 1st May 2017, the Supreme Court had ordered a Medical Examination of the Honorary Justice

Justice C. S. Karnan was ordered to proceed with a medical examination by the Supreme Court. As a form of retaliation, Karnan ordered that the seven judges of the apex court that who held the case against him be examined by psychiatric tests. Justice Karnan might be appearing in front of the medical board for examination on 4th May 2017. The Kolkata government hospital is directed to conduct the required tests.