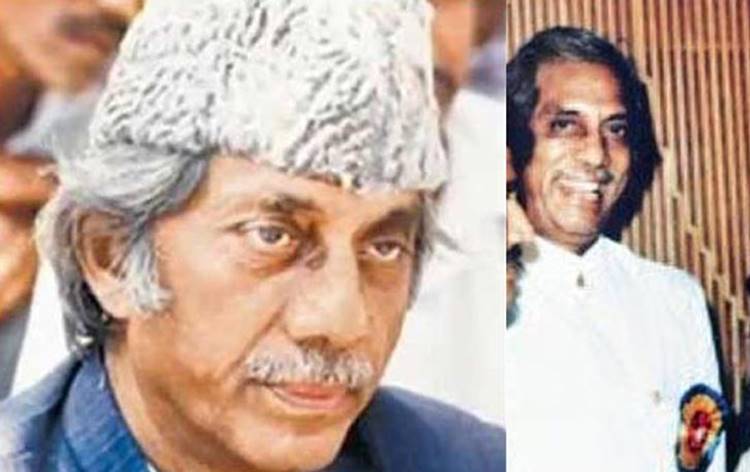 He might be dead, but he is still making headlines! Such is the charisma of the former Indian smuggler Haji Mastan. Today’s generation might not know about him, but he was one of the most talked about people back in the days. Who is Haji Mastan? Why is he in the news? Well, the news is that the “People’s God” Rajnikanth along with director Pa Ranjith is all set to make a movie based on the life of Mumbai’s underworld kingpin Haji Mastan. Mastan’s adopted son Sundar Shaekhar, also known as Suleman Mirza, made a remark that depicting Haji as a smuggler and don is highly unacceptable and defamatory. What will be Rajnikanth’s reply on this is yet to be known. Here are some facts from Haji Mastan’s wiki to acquaint you to India’s prolific gangster.

Mastan Haider Mirza, better known as Haji Mastan and Bawa, was an Indian smuggler, movie producer, and a real estate giant. He was a Tamil Muslim. He was born in Pannaikulam’s coastal town Cuddalore, near Ramanathapuram in 1926. He along with his father shifted to Mumbai. Haji was eight years old at that time. Mastan and his father worked at a cycle repairing shop on Charni road, but that wasn’t sufficient to fulfill their needs.

Mastan would often travel in Mumbai late at night. The glittering street lights, extravagant bungalows by the seaside often inspired the young Haji. He dreamt of living such a lavish lifestyle someday.

The Beginning of a New Era

During his early twenties, Haji started working at the Mumbai dock where he met an elderly Arab businessman. The businessman was in search of someone who could help him smuggle gold biscuits from the dock without being suspected. Young and skinny Haji was the right person for this job. He soon started smuggling gold biscuits by hiding them beneath his clothes and sneaking them to the Arab. This job fetched Mastan a fine sum.

Mastan wanted to go beyond this, make something better than before. He decided to join a smuggler from Daman named Sukkur Narayan Barkhia to control the trade of illegally traded goods. In no time Mastan was a wealthy man and his childhood dream of owning a seaside bungalow came true. He bought his first bungalow at Peddar road, one of the most top-notch areas in Mumbai. However, a funny fact about him is that he spent most of his life living in a small room built on the terrace of his house.

People are still searching for Haji Mastan’s house as his success story increases their curiosity. Haji Mastan’s photos are being circulated all around the internet.

Haji Mastan was the First Celebrity Gangster of Mumbai

Mastan’s contraband trading made him a popular name in the streets of Mumbai. Mastan was in good terms with all the gangs ruling Mumbai during those days. Referred to as the first celebrity gangster, Mastan had a charming personality. He was often seen attending A-list parties, enjoying a friendly banter with many famous politicians, actors, and businessman. He was known for his stylish dressing, notably white clothes combined with white shoes. If you would see someone smoking expensive cigarettes and driving a white Mercedes, it would have to be Haji Mastan! Such was his personality. People would often try to imitate him for his fashion sense.

Mastan married Shahjehan Begum in 1984. She is popularly known as Sona. Haji and she got married soon after he was released from prison. In an interview she recalled, Haji was fond of the Bollywood beauty Madhubala. When he saw Sona acting in his production, he found her like Madhubala and asked her mother for marriage.

They both have four kids together: a daughter Shamshad Supariwala, and three sons Nadir Nasir and Akhtar Mirza. Haji even adopted a son Sundar Shaekhar, who was a Hindu by birth.

Recently, a controversy broke when Ajay Devgn was seen romancing Kangna Ranaut in the movie Once Upon a Time in Mumbai before getting married. Haji Mastan’s wife went on to defend Haji as a man of ethics who asked for her hand rightfully.

He was the Indian Version of Robin Hood

Haji Mastan believed in giving more to the society. He was a household name in the ghetto streets of Bhendi Bazaar, Dongri and Nagpada in South Mumbai. Mastan spent most of his time in helping the poor, understanding their problems and providing financial assistance to them. Due to this, the unprivileged always were behind him and supported him through thick and thin.

He was Dawood Ibrahim’s Mentor 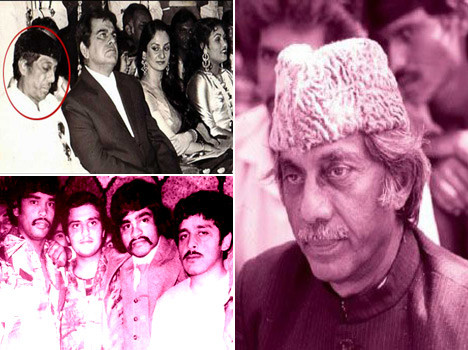 You all must have seen the movie Once Upon a Time in Mumbai. It is loosely based on the famed smuggler’s life connected to that of Dawood Ibrahim’s. The movie depicts that Dawood killed Haji Mastan, however, the truth is that Dawood and his elder brother murdered Basu Dada, who ruled Dongri. Nut just Dawood Ibrahim, but gangsters including Chhota Rajan, Chhota Shakeel and Arun Gowli were all trained by Haji. He taught them the art of smuggling but never knew what they would turn out to be in the later era.

Sultan was more of an “ethical don.” In his entire life, he didn’t kill anyone. Sultan made a fortune out of smuggling and controlled Mumbai’s underworld for about 20 years. He was a good spokesman who could impress anyone with his talking skills.

What many don’t know is that Mastan never operated his own gang. With sheer influence, he controlled all of Mumbai. He took the help of Karim Lala and Varadarajan Mudaliar for muscle power to carry out his smuggling operations smoothly. When the gang rivalries began to increase in Mumbai, Mastan arranged a meeting of all the top gang leaders in Mumbai and recommended to split their areas so operations could be carried out freely.

During the Emergency of 1975, Haji Mastan was sent to jail. The ideologies of politician Jaiprakash Narayan highly influenced him which paved the way for him to learn Hindi (Can you imagine anyone surviving in Mumbai for so long without knowing Hindi? Damn NO!). He went on a Haj after that, now we know why he was called Haji!

He soon became a Muslim leader and formed Dalit Muslim Suraksha  Maha Sangh in 1985. Doulatram Kawle was the corporator of the party.

Sultan died on May 9 1994 due to cancer, thus bringing an end to a golden era. People worshipped him for his kind and generous nature. Everyone was impressed by his smooth and glib talking and mastery in deal-making. An important figure in the Indian underworld came to an end with his demise.