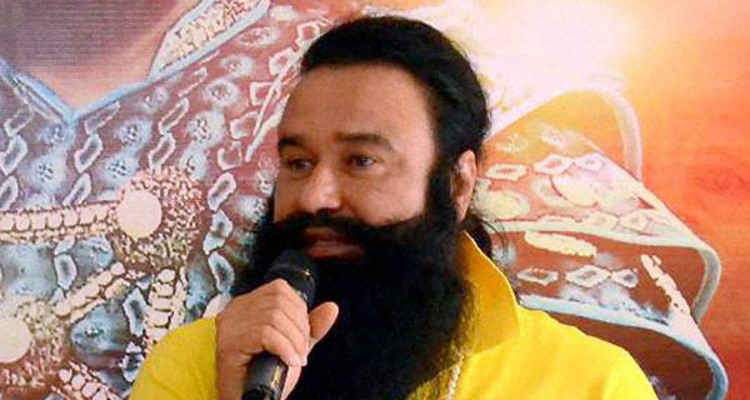 Born to Naseeb Kaur and Maghar Singh on 15 August 1967, Gurmeet Ram Rahim Singh’s age is 50. He is from Sri Gurusar Modia village in Ganganagar district of Rajasthan. Ram Rahim is married to Harjeet Kaur and the duo has four children.I wonder what Ram Rahim Singh’s wife had to say about the rape charges against her spouse. For some odd reason, all children use Insan as their last name. The daughter of Harminder Singh Jassi is married to Ram Rahim Singh’s eldest son Jasmeet. For those who don not know who Harminder Singh is, he is Congress leader having a substantial influence in Punjab. People believe this to be the reason for Ram Rahim’s controversies being overlooked now and then. Not anymore, I guess. One more interesting fact about Gurmeet’s children is that he has an adopted daughter. Honeypreet Insan is a movie actress and director based in Punjab.

Also Read: What is the Baba Ram Rahim Rape Case? Why is it Causing a Havoc?

The Head of Dera Sacha Sauda!

What exactly is DSS? Dera Sacha Sauda is a self-proclaimed spiritual organization based out in Sirsa, Haryana. Ram Rahim Singh became the chief of DSS in September 1990.

What’s With The Z+ Security This Man Enjoys?

Yes, you read it right! The Rockstar Baba enjoys a Z+ security due to his political influence in Malwa region of Punjab. You wonder how the most criticized Baba has managed not to be in the scrutiny of the law? Well, I can guess. Gurmeet Ram Rahim Singh was a major donator and contributor to the previous Congress Government, earning him some substantial political influence. Moreover, his son is married to a Congree leader’s daughter.  Not just Congress, Ram Rahim’s Dera Sacha Sauda supported the Bharatiya Janata Party (BJP) in 2014 Haryana polls. In February 2015, his organization openly supported BJP in Delhi elections, saying that he has over 20 Lakh followers in Delhi. The DSS supported BJP in the Bihar assembly election in 2015, and nearly 3000 Dera followers campaigned for BJP in the state.

Also Read: 5 Facts About Prabhu Gaur Gopal Das That Will Shock You To The Core!

So Many Controversies and Allegations…Rape is Just a Droplet in A Bucket!

Hand to God, the Rockstar Baba is the most controversial man India! Right from 2002, Singh has multiple allegations of rape and murder. He is accused of murdering a journalist named Ram Chander Chhatrapati who had written defamatory articles about the DSS. In 2002, a lady follower approached the then Prime Minister of India, Atal Vajpayee. Her claims mentioned Ram Rahim Singh’s rape allegations to be true. The same year a CBI probe was carried out. However, nothing was proven. The court has also levied charges of murdering Dera Sacha Sauda manager Ranjit Singh on Gurmeet Singh. After long years of battle, Gurmeet Ram Rahim Singh was convicted of rape and taken into custody on 25th August 2017.

Below are some crazy AF facts about Ram Rahim Singh’s lavish lifestyle!

#1 The Messenger of God!

Wondering what the F*** are those? Those are Ram Rahim Sing’s songs! With catchy music and enlightening videos, Ram Rahim Singh has sold lakhs of solo albums!

#3 Association with a Militant? One more Controversy in His Bucket-List

Gurmeet Ram Rahim Singh has been associated with militant, Gurjant Singh for years. Gurjant Singh is the militant from the infamous Khalistan Liberation Force.

Check out Gurmeet Ram Rahim Sing’s website by clicking here! Rahim, known for doing stunts in his concert considers himself as a modern Baba! Nobody can deny that he isn’t!