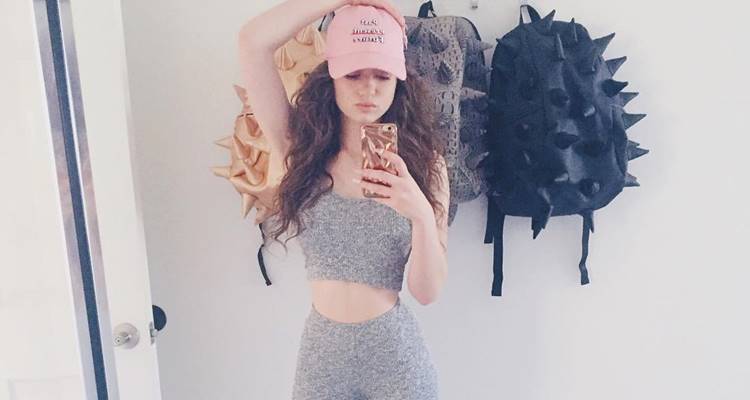 Dytto has wowed us all after her performance on Dance Plus 3. Just a week ago, she was no one to us Indians and now she has captivated on our minds, her dance skills has mesmerized us all! Dytto is popularly known as “The Barbie Girl” after her first video went viral with over 40 million views. Who is this Dytto? Where is she from? To answer all the questions bogging down your mind, we have put together Dytto’s wiki to give you a dose of this Barbie girl!

Dytto’s real name is Courtney Nicole Kelly. She was born on April 27, 1998 in Miami, Florida. Dytto’s age is 19 years as of 2017. She spent most of her childhood in Miami where she practiced gymnastics and cheerleading. Well, this girl has some dope moves, doesn’t she? She has tried her hand and many dance styles and has since achieved the status of a professional dancer. Dytto has an elder brother.

People are desperate to know about Dytto’s boyfriend but currently she is single and not dating anyone. Well, all the guys fantasizing about her, you might have a chance to get lucky!

Dytto’s Dancing Skills: A Human or a Robot?

Dytto’s dance moves have become a sensation among the Indian television audience. Dytto has displayed numerous dance forms and has amazed us with all of her dance videos. Dytto’s dance videos feature her popping, animation, robotting, tutting and many more skills. Dytto’s first YouTube video was a dance performance on the song Barbie Girl. The video went viral overnight and she was one of the most searched about people on YouTube in 2014. You can watch the Dytto’s Barbie Girl Dance video here:

Dytto was the Host of The Drop, a Music Show on World of Dance

Dytto hosted the show The Drop for the World of Dance. Dytto has also paired with Fik-Shun, a fellow professional dancer on several videos. Here’s a pumped up performance by the duo:

Dytto is a Guest on Dance Plus 3

Dytto is currently a guest judge and performer on the popular Indian dance show Dance Plus 3. She has grooved to some hot moves on the show along with Raghav Juyal, the Indian beat king.

Dytto has been a part of a couple of movies namely The AXI: Avengers of eXtreme Illusions which came out in 2011 and Monsterz which released in 2015. She was also a guest on the popular reality show The Ellen DeGeneres Show in 2013. She is currently on the dance show Dance Plus 3 as a guest judge.

Dytto’s hot pics are being searched all over India and the internet is pretty full with her most sizzling photos. Check out the best snaps here:

Did the Ozone Layer Just Get Bombed?